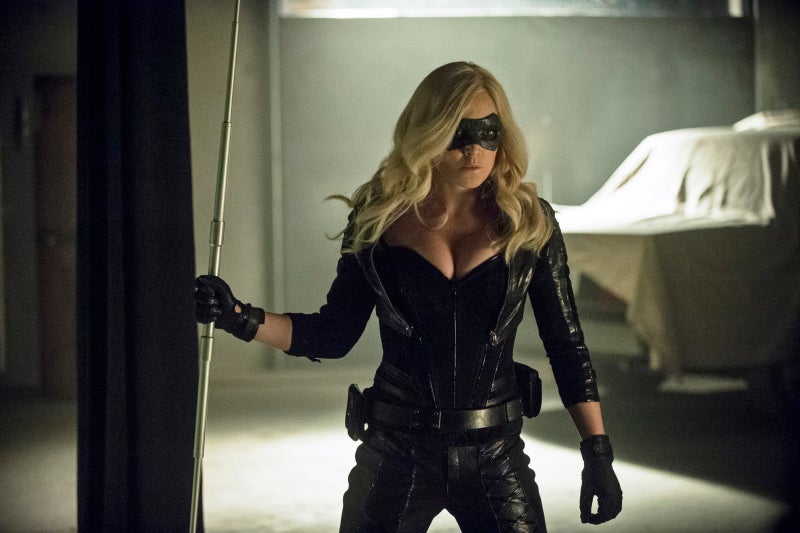 Though Arrow's upcoming episode, "Canaries," won't air until February 2015, Showrunner Marc Guggenheim is already hyping it as a can't-miss episode.

"Canaries" will turn the clock back to Season Three's premiere, according to Guggenheim, and will feature the return of Caity Lotz as Canary and Peter Stormare as Count Vertigo. As fans might recall, The Count was that episode's main villain, and almost succeeded in killing a Vertigo-drugged Arrow before Canary saved the Emerald Archer at the last second. It was only a few moments after that confrontation that Oliver Queen's sister, Thea, killed Sara.

However, those final scenes may have contained more than what met the eye, Guggenheim explained to TVLine. When "Canaries" revisits those moments, many aspects of Canary's saga throughout Arrow, and more, will be brought "full circle."

"It's an episode where a lot of things that we've been doing and setting up during the season really sort of come together," he said. "It's not a 'climactic' kind of episode, but there's a feeling of a big payoff by the end of it."

Big payoff, eh? Perhaps this will be the episode, and not "The Return," where Oliver Queen makes his triumphant return to Starling City as Arrow. Based on Guggenheim's comments, it sound like Arrow could return in "Canaries'" final scene, ending the episode on a cliffhanger. Then, "The Return," which is the season's following episode, would delve deeper into how Oliver Queen cheated death.

Arrow's Canary Trilogy Will Have "A Payoff" At the End