The Justice League aren't the only characters to get new duds.

DC stalwarts Red Hood and Arsenal are the latest to receive a visual facelift, riding into the publisher's Divergence event with new costumes in Red Hood and Arsenal #1. Both tweaks definitely steer the two more into traditional superhero territory. While Red Hood and Arsenal favored a more street level look—complete with a trucker hat for Arsenal—in their, "Red Hood and the Outlaws" series, their new looks recall a certain—let's say, "era" of comics. 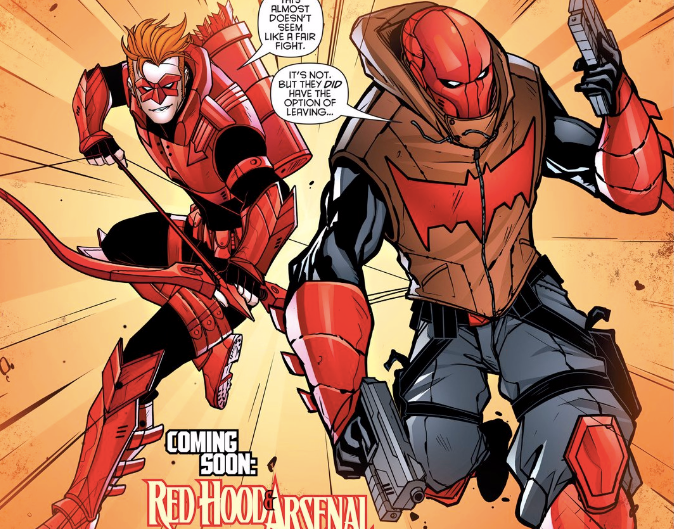 Yes, with pouches, body armor, and even a cut-of hoodie, the Nineties are alive and well in the pages of Red Hood/Arsenal #1. But to Red Hood's credit, his new look does pay deeper respects to Batman with the spiked gauntlets and larger bat-symbol. Arsenal's look isn't half-bad either; just very traditional for the nineties--especially with those arrow knee-pads.

But what do you think of the duo's new looks? Let us know in the comments below.