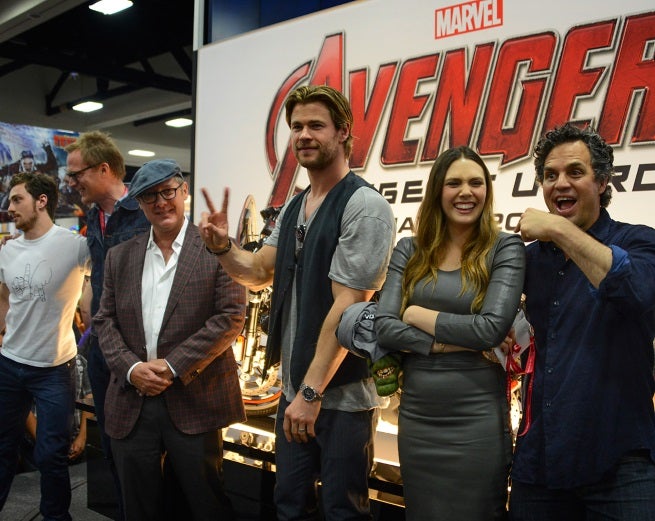 Harley-Davidson has released photos of the cast of Avengers: Age of Ultron with the latest product to come out of the motorcycle company's partnership with Marvel, Project LiveWire.

The cast of Marvel’s Avengers: Age of Ultron pose next to their newest co-star Project LiveWire – Harley-Davidson’s first electric motorcycle at the San Diego at the San Diego Comic-Con. Project LiveWire, which will be featured in the film, will be the ride of choice for Natasha Romanoff (a.k.a. Black Widow) played by Scarlett Johansson, in an epic scene with Captain America in the film. 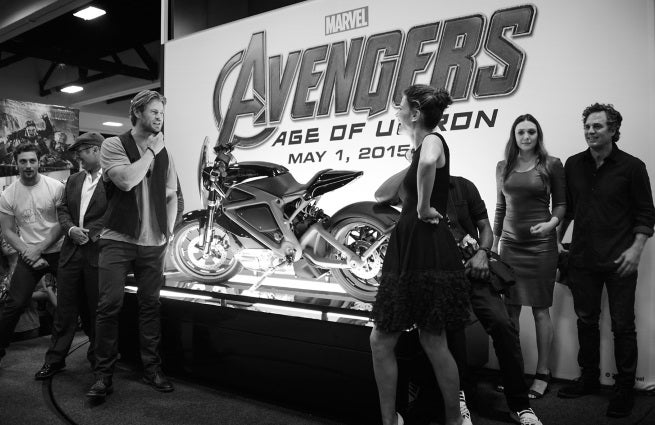 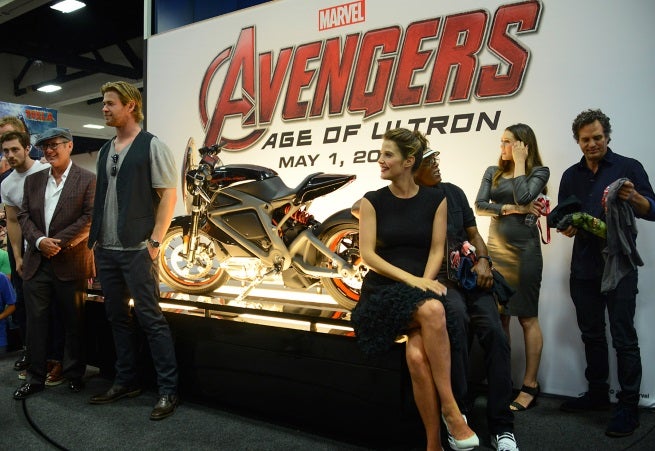 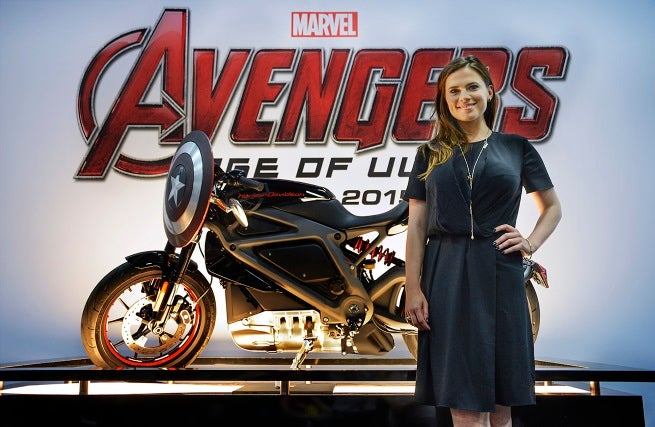 Project LiveWire will be seen in Avengers: Age of Ultron, opening May 1, 2015.