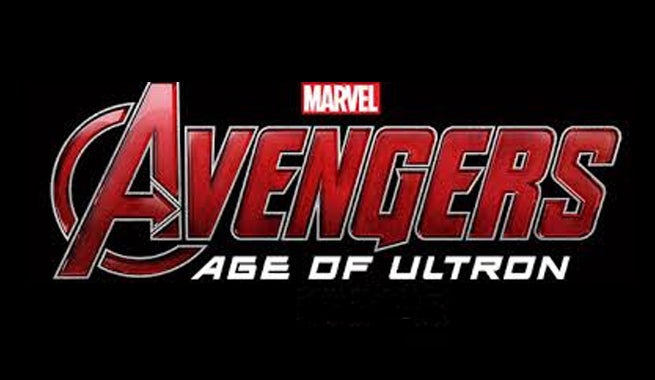 Spoilers follow for the post credits scene in Avengers: Age of Ultron! If you have not seen it and don't want to be spoiled, stop reading now!

Half way through the credits, audiences viewing Avengers: Age of Ultron got a terrifying look into the future of the Marvel Cinematic Universe. Fans who have seen Guardians of the Galaxy or read Marvel comics know that the purple Titan seen in the post credits scene was none other than Thanos.

Of course, for those who don't know, the question of "Who is Thanos?" or better yet, "Who was that purple guy at the end?" is burning in their minds.

Thanos is the Mad Titan with one purpose: serving Death. His original Marvel Cinematic Universe debut came during the credits of Avengers, when his servant claimed to challenge humans would be "to court death," after humans defeated Loki and his Chitauri army. Thanos fathers Gamora and Nebula, though not actually a biological parent. One of the last of his kind, Thanos is an Eternal from Saturn's moon, Titan, born disfigured in comparison to the rest of his laid back, smart species.

Having been banished from his home land for creating a weapon and killing his own mother, Thanos began scouring the universe obsessed with Death. At times, Death even presented itself to Thanos in the form of a female whom Thanos felt he could never impress enough to attain her love.

The will to impress Death is what brings Thanos to the Infinity Gauntlet. In the Age of Ultron post credits scene, the golden glove presented to him just before he says "I'll do it myself," is the most powerful weapon in the universe. In the Infinity Gauntlet comic series, Thanos attains all six Infinity Gems and assembles them into the Gauntlet. With the snap of his fingers, Thanos literally makes half of all sentient life in the universe disappear. This includes several X-Men, Daredevil, and the Fantastic Four.

From here, Thanos decides to impress Death even more by toying with many of the remaining super heroes who have banded together in a hopeless effort to stop him. For the most part, Thanos dispatches of the heroes with ease - decapitating Iron Man, beating the Hulk to death, stepping on Spider-Man, and breaking Captain America's neck with a backhanded slap. Ultimately, Thanos is defeated when his greed gets in the way and he leaves himself vulnerable to shunned daughter Nebula, who uses the Gauntlet to right his wrongs.

What does it mean for the Marvel Cinematic Universe?

We know that Infinity War is coming in the form of two films in 2018 and 2019. Had we not, this scene would have been the most mind blowing bit of screen time since Nick Fury walked into Tony Stark's mansion for the first time.

With the addition of Spider-Man, Captain Marvel, Black Panther, and even more characters to the Marvel Cinematic Universe's line-up, we'll likely see an incredible team of Marvel heroes band together to take on Thanos in the Infinity War installments. How will Thanos get his hands on each of the Infinity Stones? We'll have to wait and see.

To date, we've seen four of the gems: the Tesseract (Space Stone), the Orb (Power Stone), Loki's Scepter/Vision's Jewel (Mind Stone), and the Aether (Reality Stone). This leaves the Soul and Time Stones in question, but surely, they will debut in Marvel Cinematic Universe soon enough.

Originally, it was easy to suspect that Thanos was in Asgard, given that the first and only time we had seen the Infinity Gauntlet in the Marvel Cinematic Universe it was in Odin's vault. With Loki posing as Odin on the throne of Asgard since Thor: The Dark World and having worked for Thanos in the past, it would make sense that he allowed Thanos access to the vault being promised the destruction of Earth.

However, Kevin Feige recently confirmed that Thanos was NOT in Asgard. In fact, Feige stated that there is more than one Gauntlet. The Gauntlet seen in Asgard fits a right hand, while the Gauntlet Thanos wears in the credits scene fits his left hand. This indicates that Thanos may not be referring to destroying Earth with his, "I'll do it myself," statement, but instead planning to collect to Infinity Stones and declare himself a God... With much larger plans than just Earth.

What did you think of the Avengers: Age of Ultron post credits scene? Do you want to see the Infinity Gauntlet storyline adapted to the silver screen in Infinity War?

Junji Ito Shares Another of His Favorite Horror Icons

Latest Updates on WWE's Queen of the Ring Tournament

The Suicide Squad: James Gunn Picked Every Character Himself

Guardians of the Galaxy's James Gunn Says You Need to Watch Christmas Special Before Vol. 3