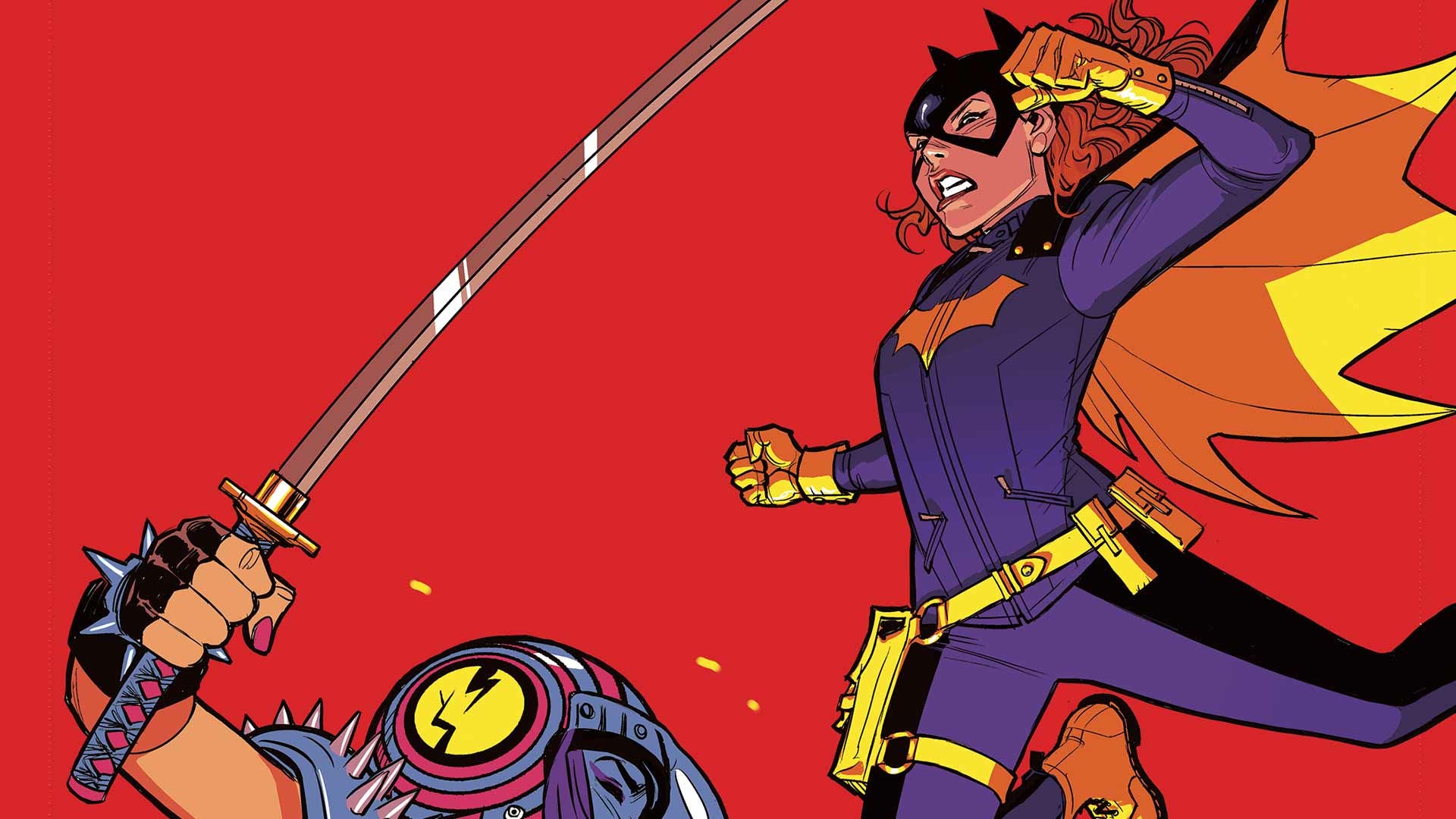 Batgirl #36 is the second outing of the new creative team on this series and one that helps to shore up the book's style while improving upon its foundation. The story is another one-and-done that is equal parts mystery, superhero adventure, and college dramedy. This time around Batgirl is tasked with discovering the location of some stolen technology and facing off against a pair of katana-wielding bikers.

Babs Tarr stands out as one of my favorite discoveries of 2014. Two months in a row she has drawn one of the most visually striking comics being published. One of the most impressive elements of Batgirl #36 is the sheer amount of information compressed into each and every page. There are a total of 187 panels in this issue with an average of 9.35 panels per page. Cameron Stewart is credited with layouts and he expertly crafts a natural flow to the dense amount of information on each page. There is a lot of story contained in these twenty pages, making the easy reading experience all the more impressive.

Tarr brings an unparalleled sense of design to this comic. The opening page plays on her background as a fashion designer, when Batgirl and her roommates are shown clothes shopping. Every outfit featured in Batgirl stands out as being interesting without being so flashy that it distracts from the story. It's a pleasure to go back and explore Tarr's designs and concepts though (making some notes for your own wardrobe even). That clear design sensibility carries over to the facial expressions and body language of characters. Every action and reaction carries a clear value. There are no bland panels showing characters simply standing around; even passive bodies are charged with a disposition. Tarr ensures that characters are always relating their ideas and emotions visually, marking her as a natural cartoonist.

Maris Wicks' colors continue to light up every page. The fast pacing and enormous amount of content in this issue include a lot of shifts in place. Wicks makes these transitions occur naturally, informing readers of a change in time or place with her colors. A lot happens very quickly, but there is never any confusion or doubt about what is occurring.

The college dramedy and action elements work very well in Batgirl #36. Batgirl's relationships with her friends and co-workers are more clearly realized and allow for some great humorous moments. The action is quick and brilliantly told, maintaining a consistent pacing even during a flashback sequence. Its the mystery that causes the issue to suffer. Although Batgirl is shown engaging in some very smart detective work (discovering the who and how of the crime), her efforts don't contribute to the final solution. Rather than using her deductions to find the culprits, she discovers their location through the efforts of an unknown third party. As much as I enjoyed watching Batgirl play detective, these pages felt deeply unsatisfying when its revealed that they ultimately contribute nothing to the issue.

The use of internet jargon and modern technology still feels somewhat forced, but it's not nearly as obvious as in Batgirl #35. Rather than pushing these elements to the forefront of the comic, Stewart and Brenden Fletcher are integrating them more naturally into the flow of the story. The problem remains that many of these elements still read like exaggerations of youth culture, rather than accurate reflections of it. Comments on an Instagram photo seem like a funhouse mirror of what would actually be seen. A little restraint would help make this read more like the thing it aims to reflect.

Batgirl #36 reveals a learning curve, one that shows the promise of this title and creative team. The incredible strength of Stewart's layouts, Tarr's art, and Wicks' colors are consistent and make for one of the most visually engaging comics released this month. Although there are still issues with the plotting and scripting of the series, they see marked improvements in this issue. There's a lot of potential to be found in this series and evidence that is being more fully realized as it continues.