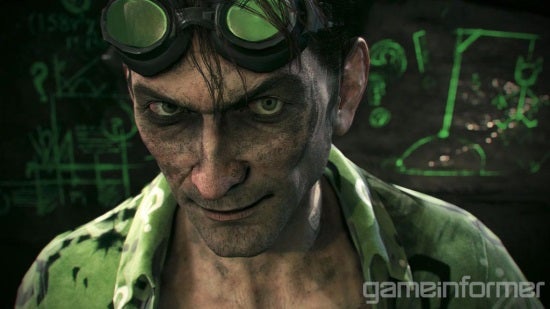 talked to the design team behind Batman: Arkham Knight about the new designs for returning villains from Rocksteady's previous Batman games. With The Penguin, they're going for something of a middle ground between the dapper Adam West television show version of the character, and the disgusting Tim Burton movie version. "In Arkham City, he's a collector," says lead character artist Albert Feliu. "He works out of a museum and he looks like he's in the mafia…This time, we went for autumnal mafia. We took the coat off, and the concept of Penguin was more of a dirty dude. Obviously his shirt is rolled up and sweaty, and he has food stains on it. But still, he's really powerful. He's got a golden chain, as well. We had to be a bit crazy with this character, and working with his design. And we shaved his head. He's proper filthy, you know. It makes you want to punch him even more." For Two-Face, they mostly decided not to fix what wasn't broken. "With Two-Face, we thought he was a really strong character already," Feliu says. "OK, that was Arkham City; what can we do to make him look different, right? We just rolled up his sleeves and made him look really next-gen. We took some references of really filthy, burnt flesh – which is what we do most of the time, which is quite cool – and tried to make him look as badass as we could." With the Riddler, who will have considerably more screen time in Arkham Knight than he has had previously, they wanted him to change as the game progressed, as Batman does. "It's something we try to put in the characters," Feliu says. "If you had to work overtime, for example, you would start the night with your jumper on and everything, and as the time went by you'd probably take your jumper off, open your shirt, take your tie off, have a coffee. The Riddler is a character who has a cool framework, and we didn't want to change it too much – we like his shirts with question marks and silly glasses and greasy hair." In the explosive finale to the Arkham series, Batman faces the ultimate threat against the city he is sworn to protect. The Scarecrow returns to unite an impressive roster of super villains, including Penguin, Two-Face and Harley Quinn, to destroy The Dark Knight forever. Batman: Arkham Knight introduces Rocksteady's uniquely designed version of the Batmobile, which is drivable for the first time in the franchise. The addition of this legendary vehicle, combined with the acclaimed gameplay of the Batman Arkham series, offers gamers the ultimate and complete Batman experience as they tear through the streets and soar across the skyline of the entirety of Gotham City. Be The Batman. Batman: Arkham Knight is scheduled for release on PC, Xbox One and PlayStation 4 on October 14, 2014. 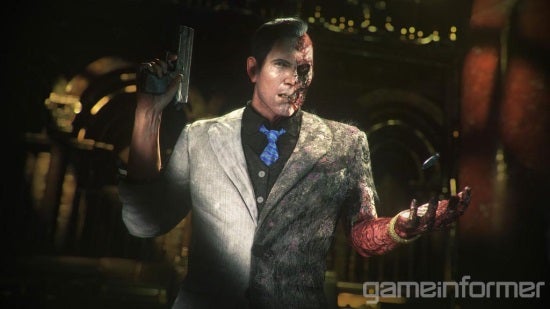 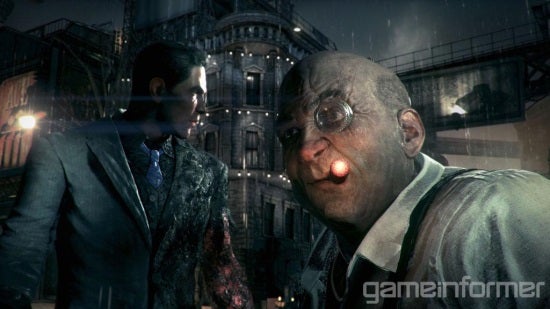