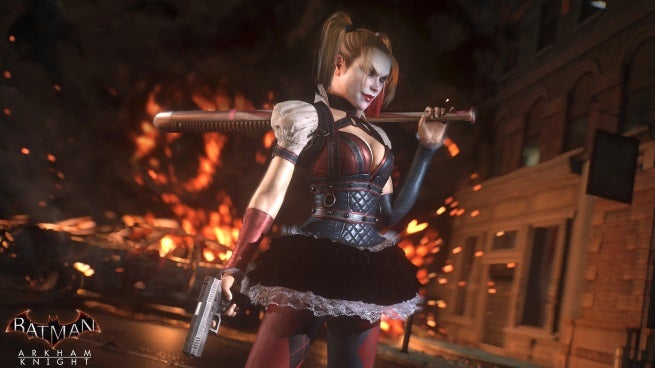 On Wednesday, fans were treated to the latest trailer for Rocksteady Studios' Batman: Arkham Knight, the final game in their Batman Arkham video game saga. What fans may not have noticed is that Rocksteady planted clues to allow fans to play "world's greatest detective.

The further down this post you go, the more detailed we're going to get about this particular bit of viral marketing, eventually revealing the mystery's solution. If, at any point, you decide your interest has been peaked and you want to try solving the mystery yourself, stop reading and go give it a shot because SPOILERS will follow.

Here's the trailer, for reference:

The community over at Reddit's gaming subreddit were quick to start deciphering the code, but it was one user going by SixSided to who pieced it all together.

"The key thing to notice was that the ciphers only contained letters used in the names of the characters, which people had already noticed, but more importantly that the numbers only came after letters that occurred MORE THAN ONCE in the name. This doesn't account for the lowercase / uppercase, but after trying a few things I found taking the name in lower then upper and lining it up with the alphabet like so worked nice. From here you then take the cipher text, and pick out the letter below, taking the Nth occurrence if it was followed by a number. For example 'c' -> 'I', 'n3' -> 'L'"

The codes translate into questions:

And inputting those answers as codes at the Batman: Arkham Knight Website's persons of interest page unlocks profiles for the associated character.

Marvel Just Made a Major Change to Storm

1923 Officially Renewed for Season 2 by Paramount+