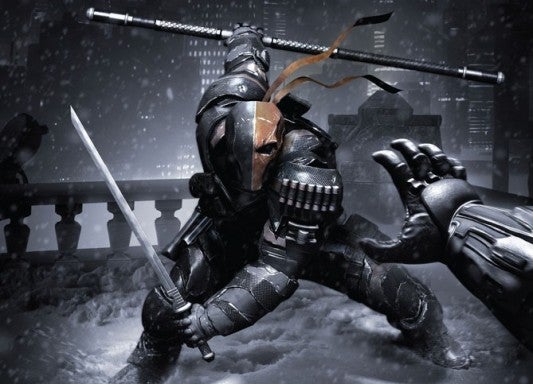 With less than a week to go before the game's release, two Canadian developers behind Batman: Arkham Origins joined IGN for an over 15-minute gameplay walkthrough to give fans a sense for the game.

Set before the events of Batman: Arkham Asylum, the game features a number of the DC Universe's most deadly villains and hitmen, all converging in the early days of Batman's career with the aim of killing the Dark Knight. With Black Mask, Deathstroke the Terminator and more on his tail, Batman has to survive the night and put as many of the bad guys as he can in custody or in traction.

Batman: Arkham Origins is due in stores on Friday.