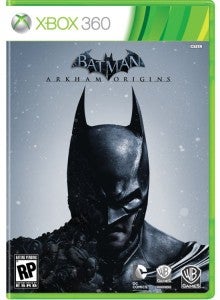 Warner Bros. Interactive Entertainment and DC Entertainment have revealed that Batman: Arkham Origins will ship with a mode that allows players to take the gameplay online to play with friends and foes.  The online component blends the traditional Arkham gameplay with third-person shooter mechanics and is in development by Splash Damage.

The Batman: Arkham Origins Online mode offers players the chance to hunt as Batman or Robin against the most challenging opponents yet, friends and other gamers online.  Players can also take on the role of a Super-Villain Elite and get a peek behind the curtain of what it’s like to side with The Joker or Bane as they establish their legacy by taking down Batman and Robin, and anyone else who gets in their way.  Fans will even be able call in the ultimate reinforcement to help turn the tide in any match by playing as The Joker or Bane themselves.