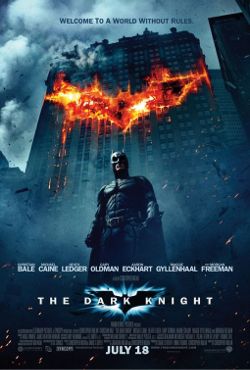 After Tim Burton’s entertaining first Batman movie in the late eighties, it was painful to watch the Batman movie franchise slowly deteriorate in the nineties. The Batman films got progressively worse, culminating in Batman & Robin, which hopefully will never be topped as the worst Batman movie of all time. Chrisopher Nolan re-energized Batman with Batman Begins and created the best Batman movie ever with The Dark Knight. With Christopher Nolan in the director’s chair, most comic book fans feel confident that the atrocity that was Batman & Robin will never be re-created. However, what happens if Christopher Nolan declines to direct the third Batman movie? It’s not like Warner Bros. is going to just let the Batman movie franchise die, especially not after all the money they made on The Dark Knight. No, if Christopher Nolan doesn’t want the job, then someone else will get it, and that is when something like the ridiculous rumor that Eddie Murphy will be playing The Riddler could become a reality. Don’t get me wrong, I love Eddie Murphy. I love the 48 Hours, Trading Places, Beverly Hills Cop Eddie Murphy, but I’m afraid in a Batman movie that it would be the Pluto Nash, Norbit, Meet Dave Eddie Murphy that would show up. While the Eddie Murphy as The Riddler rumor has already been debunked, it’s not even funny to put it out there. Because sure enough if Christopher Nolan opts out of a third movie, then crazy things could happen. It’s going to be tough enough for anyone to walk in the shadow of the performance that Heath Ledger gave as The Joker. There is no reason to go spreading rumors that Eddie Murphy is going to be The Riddler, because the Batman movie franchise has been destroyed before. Based on experience, Batman fans know they are only one director change away from Carrot Top replacing Christian Bale as Batman, and Eddie Murphy showing up as The Riddler.