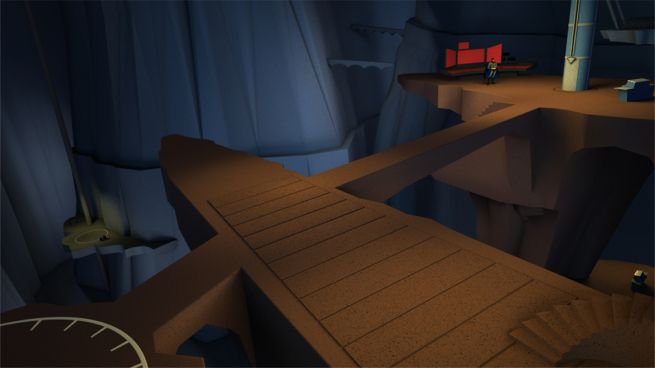 As Occulus Rift and the Samsung Gear VR headset edge towards mainstream uptake, more and more interesting projects are being announced. By far and away the most fascinating to date is a new riff on Bruce Timm's classic Batman: The Animated Series.

According to OTOY, they've been working with Timm to convert the series' Batcave for a VR headset experience. The press release tells us that this:

Interactive narrative experience will give fans the opportunity to explore Batman’s world like never before, allowing them to feel what it is like to be inside the show’s stylized universe.

Sounds like it could be a disturbing, exciting, head-trip. Still, if any part of the announcement troubles me, it's this:

That means that an algorithm is doing the conversion work. Anybody who has a 3D TV set should go experiment and see if it has a 2D to 3D inbuilt converter. Mine does, and it's one of the best. And it's awful. Awful. Post production work and manual artist intervention are the line between this kind of conversion working and an agonising migraine.

Timm is guiding the meticulous adaptation of the original 1992 designs into a fully realized universe with volume and depth.

so hopefully that other bit of spiel was just rhetoric to help them sell their conversion tools to other vendors.

What I really want to know is how a 3D, walkaround diorama has been given narrative dimensions. That could be what really proves this concept. Hopefully OTOY will release more information soon.

The Batman project will be released this Winter through the ORBX app.

Batman: The Animated Series Batcave Has Been Rebuilt For Virtual Reality Headsets