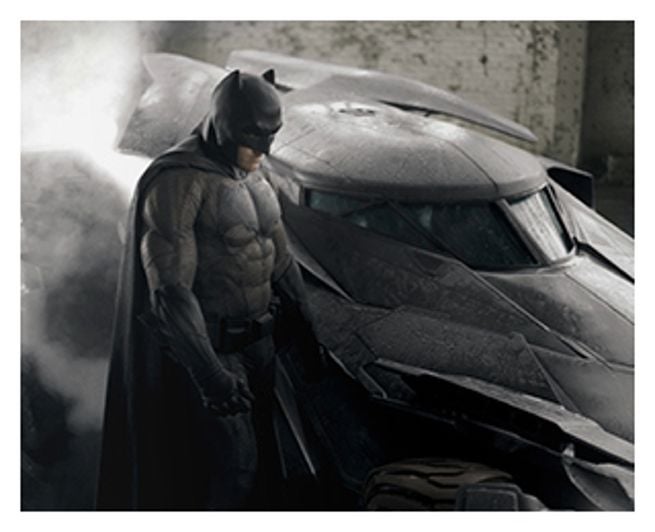 Earlier this year, director Zack Snyder released an official monochrome photo of Ben Affleck in the Batsuit standing next to the Batmobile. After the release, there were countless fan renditions attempting to add color to the photograph.

Now, we have the first official color photo of Ben Affleck in the Batsuit and the Batmobile. This photo comes way of director Zack Snyder’s production company Cruel and Unusual films. The photo is in the motion picture section of Sndyer’s Cruel Films website as a monochrome photo, but when you hover over the photo it reveals the color version.

Batman V. Superman: Dawn of Justice is scheduled to be released in movie theaters on March 23, 2016.