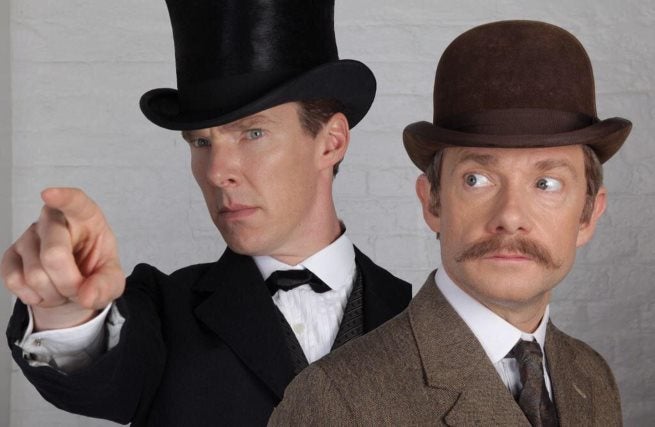 The BBC is teasing the return of Sherlock with an image of stars Benedict Cumberbatch and Martin Freeman, posted to the BBC One Twitter account.

The image was posted with the hashtags #221back (a reference to Sherlock Holmes famed 221 Baker Street home), #Sherlock, and #notkidding (so you know they’re serious).

Sherlock isn’t set to return to television until next Christmas, for a Sherlock Christmas Special. The special is said to begin filming in January.

The Christmas Special will be followed by a fourth Sherlock series in 2016.

Freeman and Cumberbatch both have roles in The Hobbit: The Battle of the Five Armies, with Freeman as Bilbo Baggins and Cumberbatch lending his voice to Smaug the Dragon and the Necromancer. The film opens December 17.