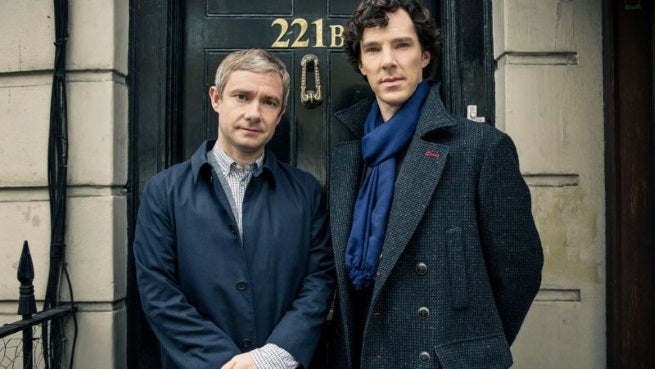 As he told Vogue, Cumberbatch has no plans to abandon his titular role in BBC's Sherlock. Since assuming the role of London's top sleuth in 2010, Cumberbatch's acting career has reached a fever pitch, with high profile, feature film roles as Kahn, Julian Assange, and more. The recent rise to stardom left some Sherlock fans nervous that Cumberbatch abandon his BBC program, but the actor assured that they had nothing to worry about.

"If we can keep the quality up, I can't imagine that I will ever get tired of being Sherlock," he said. "I'd love to play him as an old man."

Old Man Sherlock? Sold. Just make sure Martin Freeman can come along as Old Man Watson, too. Cumberbatch won't return to the role for a while, however. The next Sherlock installment, a one-shot special, won't hit for about another year. The fourth season is expected to premiere sometime after that.

Fans can catch a quasi Cumberbatch-Martin reunion this month however, when Cumberbatch reprises his voice acting role as Smaug in The Hobbit: The Battle of the Five Armies. It hits theaters on December 17th.

Benedict Cumberbatch Has No Plans To Quit Sherlock