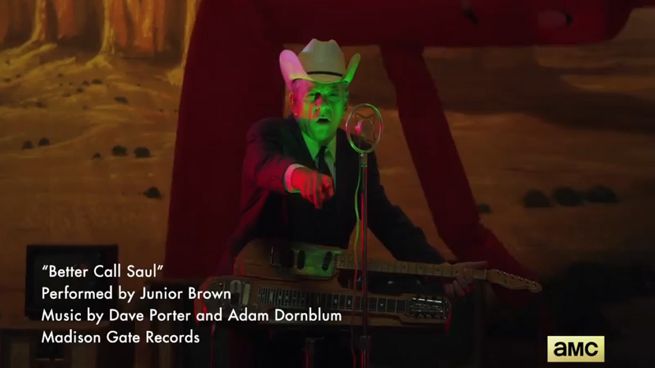 In the music video, Junior Brown sings such lines as “You want to tell the world you’re in love with a girl named Fran. So you find an overpass and you say it with a spray paint can. Blue lights start a blinking, those handcuffs clicks. You know who to call, and you better call quick. Saul, Saul, you better call Saul. He’ll fight for your rights when you backs to the wall.”

Better Call Saul tells the story of mall-based super lawyer Saul Goodman in the years before he became Walter White’s attorney. From parking tickets to mass murder, from slip-and-fall to bond fraud, Saul handles it all.