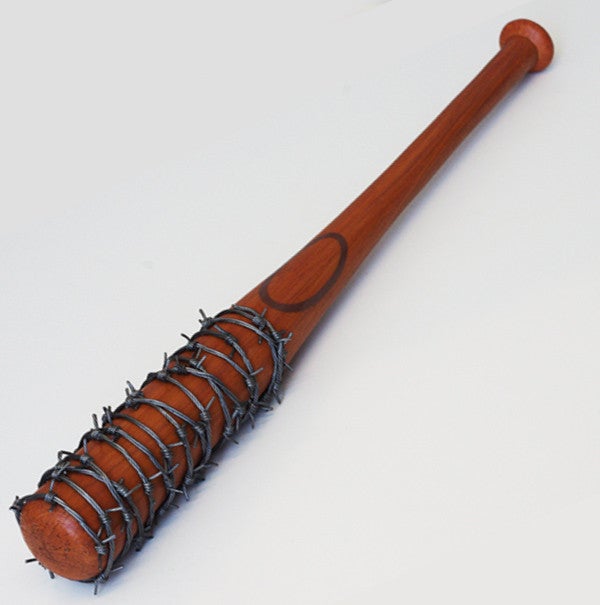 It's Black Friday, and while most of us here at ComicBook.com HQ are just chained to our desks watching the Star Wars: The Force Unleashed trailer over and over again, you can be out shopping!

Or, y'know. In, shopping. Because I do most of mine online.

Anyway, we've been doing a series of gift guides, which we'll continue throughout the holiday season, but I'm starting today with what you can get for your friends who are fans of The Walking Dead.

One of the biggest things we cover on this site, The Walking Dead is TV's biggest drama and consistently one of the best-selling comics in the U.S. market (probably the best that doesn't have superheroes in it).

These guys have a veritable mountain of merch to choose from, much of it very cool, so we're just picking the few that really, really stick out to us as essential.

So...what do you get for that special someone in your life who just dreams of one day smashing something's skull in with a barbed-wire-wrapped baseball bat? Read on... 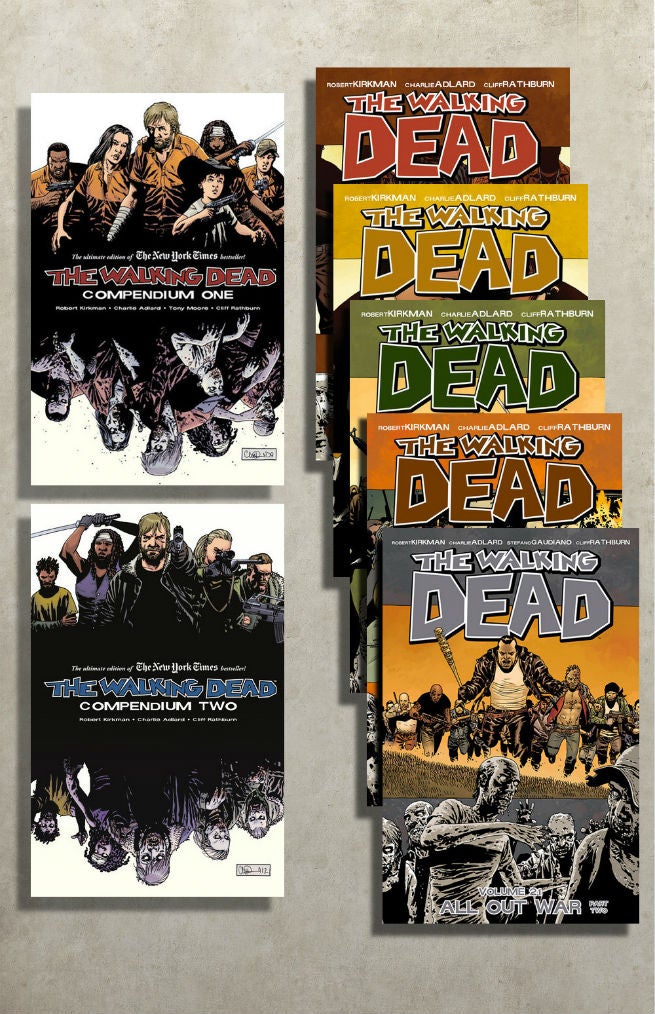 This is pretty simple stuff, and while it's a great big-ticket item for your loved one who really digs the TV show, if they're already into the comics, it's likely this won't be the right path for you.

That said, you can get the first 126 issues of the comic -- that's more than ten years of The Walking Dead -- in collected edition form at Skybound for under $120.

You'll get it in the form of two compendiums -- oversized paperback collections that string together 48 issues each -- and then five smaller collected editions, each consisting of 6 issues of the comics.

Yeah, you know that whole baseball bat thing we said up there? We weren't joking.

Introduced in The Walking Dead #100, Lucille is a baseball bat, wrapped in barbed wire, wielded by Negan, the maniac in charge of a rival group of survivors who call themselves The Saviors.

It's his murder weapon of choice, both against the living and the undead, and ahead of the issue in which Negan first appeared on the page, an ad campaign was launched teasing simply, "Lucille is coming." This vinyl replica bat (and barbed wire) is a bit more cost-effective than the comics, priced at $32, and as an item sold mostly at comic book conventions, it's something the average fan -- especially of the TV show -- is less likely to have sitting around. 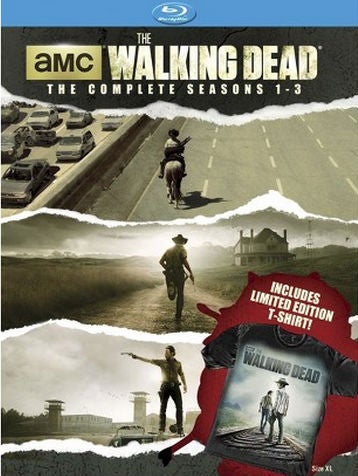 It doesn't appear to be a store exclusive, so you can shop around a bit and see whether anybody can beat the $80 price point...but it does come with a t-shirt, so you figure with that and three seasons on Blu-ray it averages out to about $20 a pop for the four "items."

It's not totally clear what's in the mystery box...by design. You can kinda see that in the name.

But they're selling something for $50 over at the Skybound website which will include at the minimum:

You can see the unboxing video here. 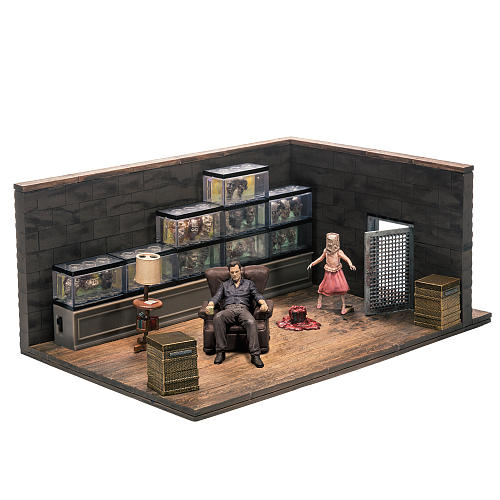 The prices and selection vary, but you can recreate iconic scenes from The Walking Dead TV series with a group of McFarlane Toys construction kits. Characters, settings, vehicles, buildings...it's like a puzzle or a really, really specific set of LEGO that you can really assemble one way. That said, they're really cool looking and way cheaper (ranging from about $20 to $50) than you'd get a similar statue or batch of action figures and props.

Black Friday Gift Guide: What To Get For Fans of The Walking Dead