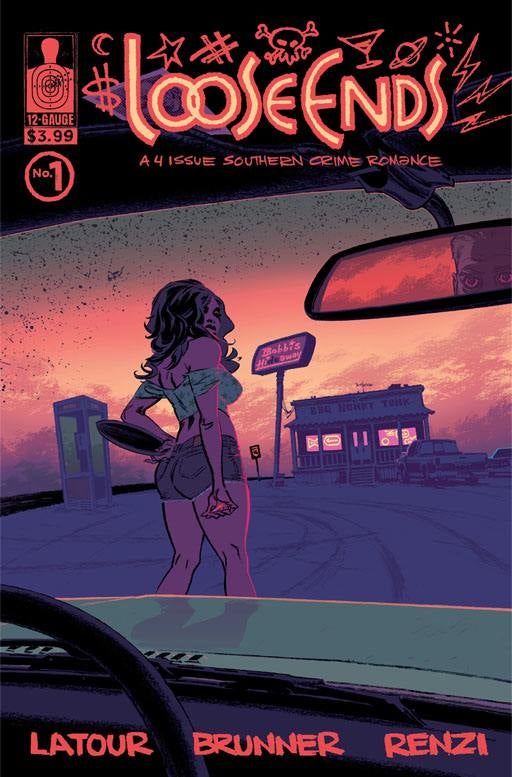 12 Gauge Comics may not be on every comic book fan's radar, but the small publisher has certainly carved out a space for itself in the minds of fans and their ever-growing base of readers and followers. Started in 2004, the independent company was the brainchild of longtime comic book fan and businessman Keven Gardner. Based in Alabama and started in 2004, Gardner says that even though the company is small, their look is anything but small-time. "Our fingernails are bloody. Our knuckles are all beat up. We scratch and claw to get every book we publish to the stands. 12-Gauge is a true independent publisher, but when you pick up our books you’d probably think we’ve got major investors sinking development money into our pockets because of the quality look and feel of our comics. And I’m not saying that because of something I’ve done…I’m saying that because the creators that work for 12-Gauge do it because they desperately want their books to be published with their vision 100% realized on every page."

That desire and drive comes through in Gardner's love for not only his company, but comics as well, which started at a very early age in his life. "I’ve been hooked on comics since I was 5 years old. I was sick with the croup and stuck in bed, and my dad came in from work with a handful of Batman and Spiderman comics that he’d picked up at the gas station. I was so excited I think I actually learned to read so I could figure out what those guys in costumes were saying to each other," he said. After his interest waned in high school, his time at Auburn University rekindled his love of the medium. "I discovered actual comic shops with books like The Dark Knight Returns. I jumped in with both feet again and never looked back. I actually opened a comic shop while I was attending Auburn University, and parlayed that into working for Valiant Comics after I graduated. Once I tasted that side of the business I knew that I wanted to start publishing the kind of books I wanted to read (mainly crime and action stuff). Between the time I spent at Valiant and the promotions I put on in my comic stores, I met a lot of very talented creators, and was lucky enough to convince a few of them that we could publish books with our vision." That leads back to where 12 Gauge is today, a publisher of books with an audience that is hungry for them. 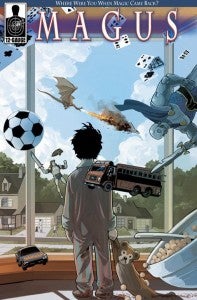 "We’re just trying to live up to our name; 12-GAUGE! When you see that logo you expect some hard-hitting action, some gritty crime, something with attitude--- and you know we aren’t putting out watered-down concepts. We bring it every time," said Garnder. With that hard hitting edge comes one of the publisher's most popular comics, Loose Ends, a "southern crime romance" taking place in places such as Iraq, the South and Florida, with drug cartels and on the run action. Also, the series ICE (Immigration and Customs Enforcement) has gained serious traction for the company. "ICE is another new title that is getting lots of good reviews, but it is also taking off outside of the normal comic book crowd. We’ve sold more copies of ICE #1 through our website store than any book in our history. And it isn’t even close. We might actually sell as many copies of ICE online as we’ve sold in brick and mortar stores because ICE agents from all over the country are chasing after it. I’m getting so many emails from men and women who work for ICE and they are so happy to see us publishing a book that shines a spotlight on the hard work they are doing." Even though more fans are picking up on the company and their critically-acclaimed books, Gardner still notes the hard work that goes into being a small company. "There is nothing easy about publishing your own books. Nothing. When we were at Image for our first few years we just focused on creating and self-promotion. Stepping out on our own removed the safety net of having someone else deal with the distributors, the printers, etc. But it also challenged us as a company and forced us to work harder."

With that comes some pleasant dividends as well, "What’s rewarding is actually pulling it off when so many said it couldn’t be done. We do books the way we want to see them done, and there are no corporate guys making us change a story line, a costume, a strip of dialogue, etc. And 12-Gauge will always be that way," Gardner says. While Facebook and Twitter have certainly helped increase the company's profile and output, having fans and readers request the company's comics in more comic book shops is a goal. "We need to get more of our books in every comic shop instead of 'some' of the comic shops. It still amazes me when I hear (from fans) that their store won’t order our books because “indy comics just don’t sell”. Our books are not for everyone, but stores that support us seem to keep coming back for more, and there is a reason for that....we just need to keep pushing to get into more stores."

Gardner made a point that while there are bad indy comics out there that don't sell, there are just as many bad mainstream comics that sit on shelves and eventually get cancelled as well. In looking at some of the upcoming projects that 12 Gauge has in store in the future, Gardner was confident that those titles would strike a chord with readers. "We are collecting the first six-issues of the Boondock Saints in October, and the bookstores are telling us it is going to do really well, so we’re obviously looking forward to watching that one hit the shelves. In 2012 we’ll also be collecting Luke McBain, which is the series we did with country music superstar Trace Adkins. Mick Foley’s R.P.M. collection won't be far behind McBain, so trades will be a big thing for us over the next six to twelve months."

"As far as new titles, Country Ass-Whupin', the tornado relief anthology we’re doing in October, is a really big deal. All of the proceeds are going to help the victims of the April 27th storms that ravaged my home state of Alabama. It is nothing but comic creators with roots and ties to the south who have all donated their time and hard work to help people that have lost everything. I have a few more things being put together, but nothing that can be announced quite yet," said Gardner. In final words to readers who might be skeptical of what the company has to offer, Gardner related some of the company's titles in a way that helps frame the works for new fans, " If you are a fan of Criminal or Scalped, try Loose Ends or The Ride. If you love big action movies, ICE really is an action-film on every page. If you enjoyed season one of Heroes and are a fan of Harry Potter, you are doing yourself a big disservice by not reading Magus. Are you a fan of the crime procedural? Then track down 25 to Life….you will not be sorry if you do. All of those titles can be found at your local comic shop, they can be ordered off our website, or you can download the digital versions at Graphicly. We’re doing mainstream entertainment in an industry dominated by tights, but we’re gonna keep fightin’ the fight."

For more information on 12 Gauge, or to order their comic books, click here!