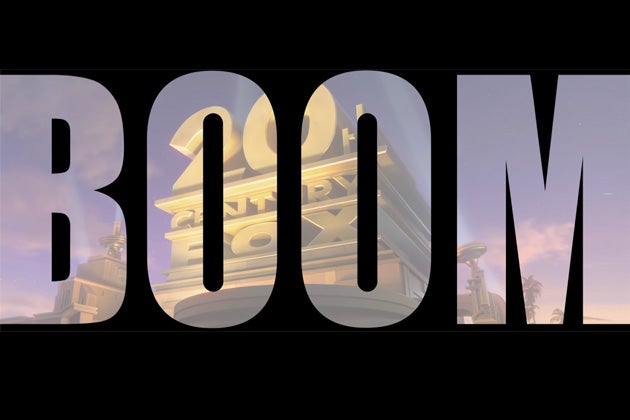 The trade claims that the deal will give Fox access to projects from any of BOOM!'s imprints, although how that will work with the publisher's growing stable of creator-owned projects isn't immediately clear. It will probably work like Vertigo, where the creator is compensated but doesn't get a lot of say -- but that's just speculation.

"Man, it'd be great if BOOM had, in their stable, some sort of book about a clandestine government agency doing shady sci fi shit. Because that'd make a great television show," writer Justin Jordan posted to Facebook when news of the deal broke. "I'M JUST SAYING."

Jordan is the writer of Deep State, an upcoming series from BOOM!.

“BOOM! is one of the most creative and prolific comic book and graphic novel publishers around, with a fantastic library and an incredible pipeline of new, exciting properties,” said 20th TV’s President of Creative Affairs Jonnie Davis. “Ross and Stephen are talented producers who share our love of big, noisy concepts and breakout characters, so we think this deal has enormous potential.”

BOOM! has a similar deal in place with Fox on the movie end, which has resulted in back-and-forth synergy including comics in film development as well as Fox movies being developed as comic books.

No official comment from BOOM! yet on the terms of the TV deal, but in the case of the movie deal, they were quick to point out that they were doing better than the industry average compensating comic book creators for hits like Universal's 2 Guns and would continue to do so under the terms of their agreement with Fox.

Cherry: Tom Holland Reveals How the Russo Brothers Pitched the Movie to Him

Riverdale Recap: Everything You Missed in Season 5 Premiere