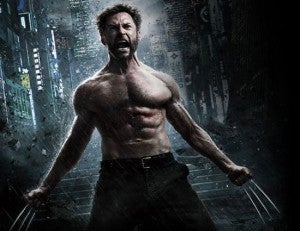 Unsurprisingly, Fandago also reveals that The Wolverine is the number one movie fans want to see this weekend, scoring a sizable 91 out of 100 points on the company's Fanticipation buzz indicator. 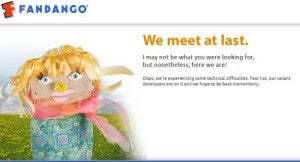 Fandango: 91% have seen the previous "X-Men" and "Wolverine" movies, 73% would not want to see a "Wolverine" film without Hugh Jackman in the title role, 70% say the exotic setting has increased their interest in seeing the movie, and a whopping 95% cannot wait to see the follow-up film, "X-Men: Days of Future Past" (2014).

Also, an interesting note, Fandango was experiencing temporary technical difficulties when we were compiling this report. Have all the Wolverine fans trying to buy tickets crashed Fandango's servers?