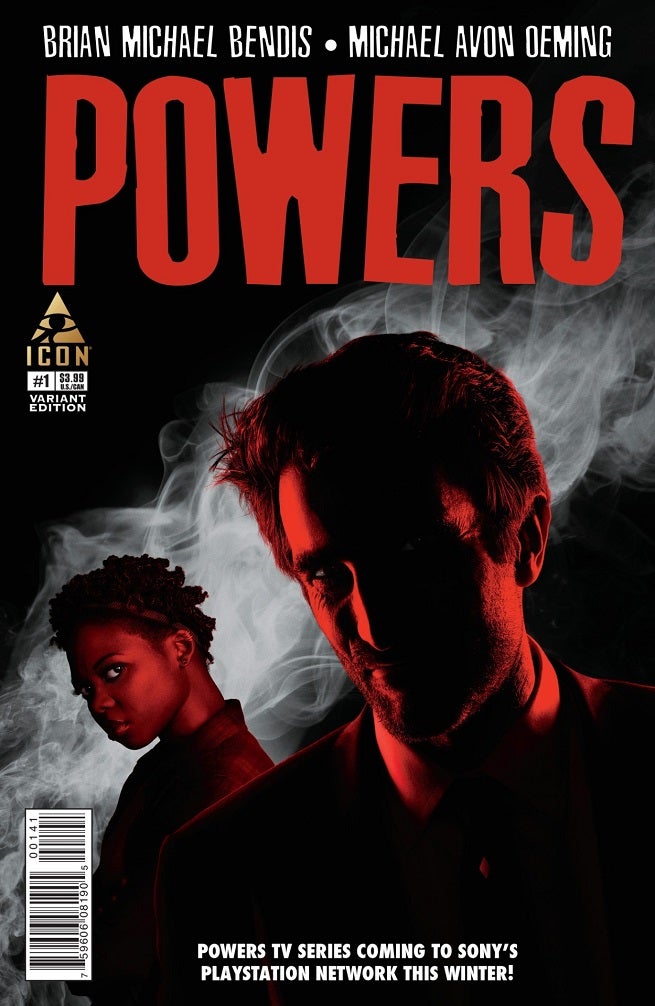 Powers creator, producer and writer Brian Michael Bendis this weekend revealed a TV series variant for the first issue of the rebooted, creator-owned series from Marvel Comics, due out in January in conjunction with the first episode of Powers.

You can check out the cover, announced via Bendis' blog, above.

In the series, a young police officer charged with investigating crimes by and against people with super-powers is teamed with a veteran officer who used to be a famous superhero. The comic, written by Bendis and featuring art by co-creator Michael Avon Oeming, has been running since 2000, although it's been rebooted with a new #1 occasionally to draw in new eyes.