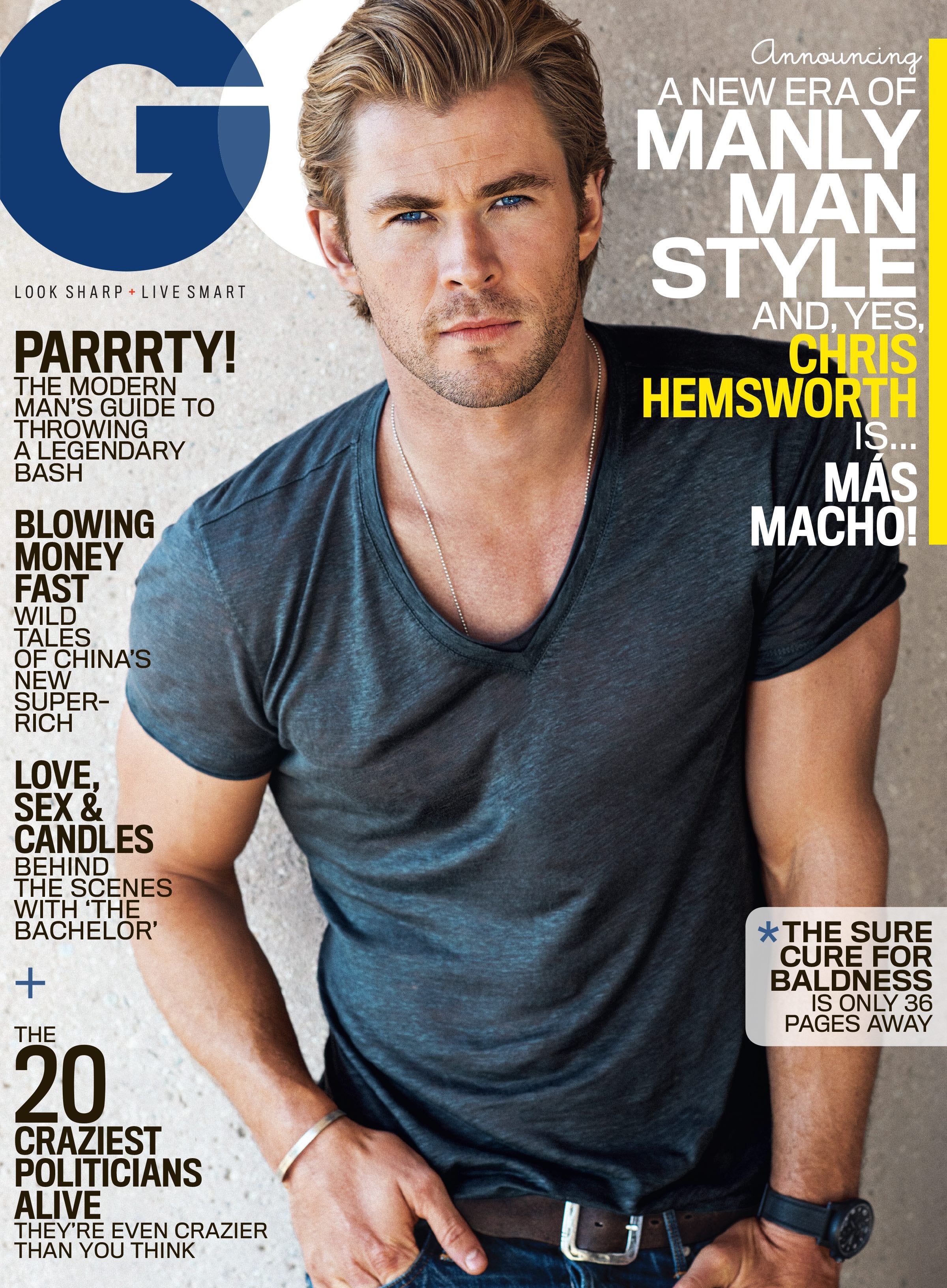 Thunder God, Asgardian, Starship Captain (yes he was Kirk Sr), Avenger, People's Sexiest Man Alive, Chris Hemsworth has earned himself a number of prestigious titles and the Janurary edition of GQ reveals that the Australian actor has one more title to add to this list, Hollywood's Manliest Man.

But even a man's man such as Hemsworth has found himself in some precarious positions courtesy of what he read about himself on the internet:

"Strangest thing I ever read about myself was that Thor was going to be a woman," Hemsworth explained. "And then I said something in an interview about them recasting me and then it sorta took off. And then I was like I'm kidding, I'm kidding."

What the actor is referencing is Marvel Comic's debut of a Thunder Goddess in a new series this past October. When Thor is no longer deemed worthy, the mighty hammer Mjolnir gains a new female wielder.

Hemsworth will reprise his role as the Asgardian Thunder God when he reunites with Earth's Mightiest Heroes in Avengers: Age of Ultron which lands in theaters May 1, 2015.