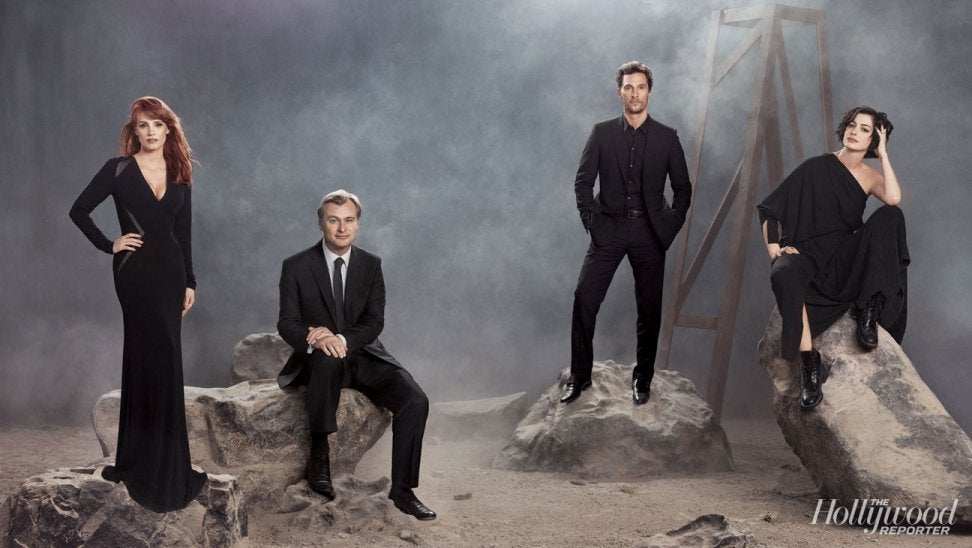 Wipe that Avengers: Age of Ultron drool off of your face, and get ready for a sci-fi movie that's launching much sooner than the Marvel sequel.

Director Christopher Nolan and his Interstellar cast of Mathew McConaughey, Anne Hathaway, and Jessica Chastain are gracing the cover of The Hollywood Reporter's latest issue. The space-faring odyssey from the director of The Dark Knight trilogy is the magazine's main feature for the week. Inside, Nolan and the cast open up about the immense labors and discoveries made while making the film.

For instance, Nolan prepared for the film by visiting both NASA and Elon Musk's SPACE X space base. Learning about rockets, spacesuit design, and more, Nolan told The Reporter that the experience made him realize just how practically one must approach the idea of space exploration.