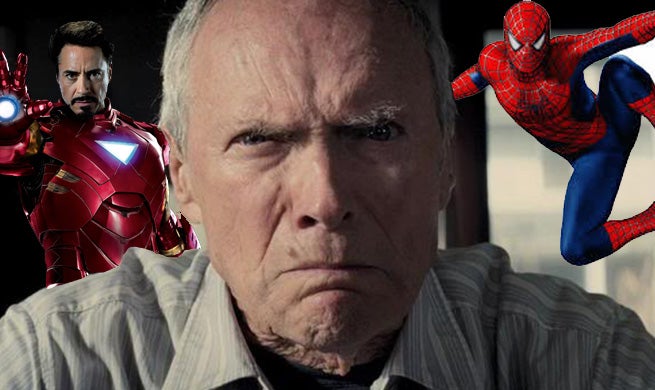 Earlier today, CinemaCon awarded acting legend and superb director, Clint Eastwood, with the Fandango Movie Of The Year Award. Eastwood has played iconic roles in Dirty Harry, Rawhide, and The Good, The Bad, And The Ugly. Acting isn't Eastwood's only trick though. In recent years, he has directed acclaimed films such as Million Dollar Baby, Gran Torino, and American Sniper, which he was awarded for today.

During the tribute luncheon, Eastwood reflected on his life and career. Of course, Hollywood is always thinking of the future, so during a Q&A, the question was posed as to whether or not he would take on a franchise for multiple films.

"Not now, I don't think," Eastwood responded. The follow-up question was more specific - would he be interested in directing a super hero film? "I read comic books when I was a kid, I don't read them now," Eastwood said. "I prefer adult oriented stuff. I mean that in the PG-13 or R sense, but that's as far as it goes."

Clearly, no interest in directing a super hero or comic book film from Eastwood at the moment, but things can always change.

Would you like to see Clint Eastwood take on a super hero film?