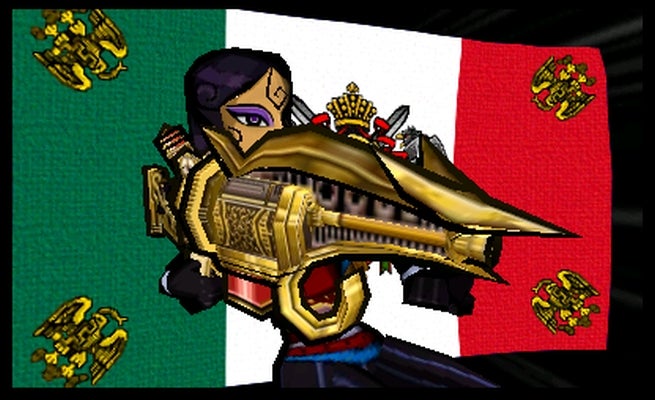 What if I told you that President Abraham Lincoln faked his own death in order to go off the grid and form a secret special ops team tasked with fighting an alien invasion during the Victorian era? That's the premise of Code Name: S.T.E.A.M., the latest handheld strategy game from Intelligent Designs, the genre-defining studio responsible for Nintendo's Fire Emblem and Advance Wars series.

The elevator pitch for the game would be something along the lines of XCOM: Enemy Unknown, but starring an American version of the League of Extraordinary Gentleman, and as drawn by Jack Kirby. You control a squad of S.T.E.A.M. agents, S.T.E.A.M. being the organization Honest Abe has put together to fend off the alien invasion. The unit consists of various characters from history, fiction, and American folklore, including John Henry, Tom Sawyer, Tiger Lily from Peter Pan, and the Cowardly Lion from The Wizard of Oz. The entire setup is presented as a Silver Age comic book, and the story is told through cut scenes that use comic panels and word balloons.

The premise is off the wall, and the presentation is full of bombast and campy writing and voice acting. Code Name S.T.E.A.M. doesn't take itself too seriously, and the story is mostly there to justify the gameplay rather than be particularly engaging itself, but fans of Silver Age comics and steampunk alternate histories will appreciate the world Intelligent Systems has put together. 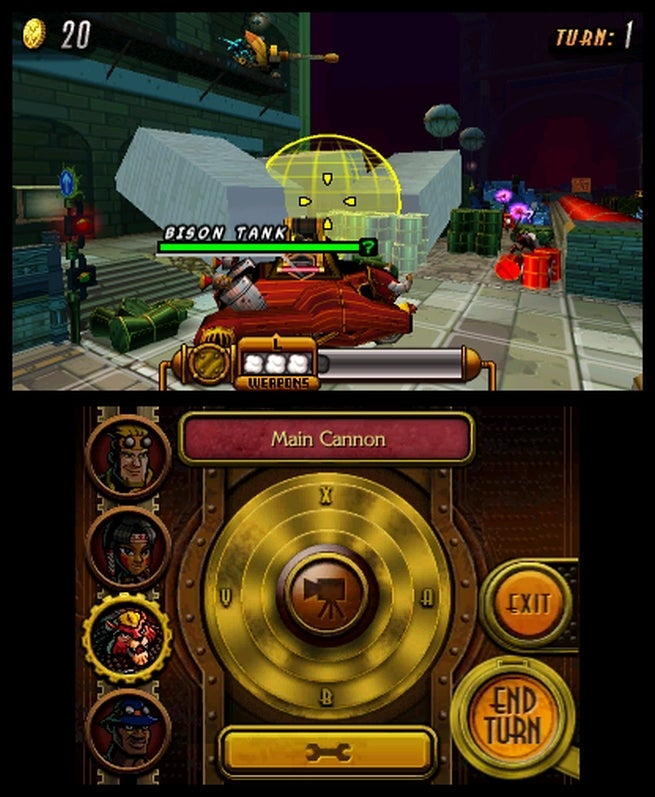 The game plays out as a series of turn-based battles against a computer controlled alien opponent. Players take a squad of four into battle, with each character having a unique ability. In addition, players can unlock new equipment for their team, including sub-weapons that provide them with interchangeable alternate attack abilities. These abilities and sub-weapons each carry a different steam cost to use, with steam acting as a way of measuring how much action a character to do in a single turn.

On the battlefield, players control their character from an over-the-shoulder perspective, breaking from the usual top-down or isometric views employed in most strategy games. Players move on a gridded map using the analog stick, as you would in a third person action game, and aim using the stylus, Circle Pad Pro, or the New 3DS XL C-stick, depending on what's available to you, always trying to target the glowing weak spots on an enemy. Each character can only move a certain number of squares, depending on how much steam their boiler provides them, but the game is thankfully forgiving in allowing you to retrace your steps to regain spent steam if you decide against your current course of action, even allowing you to keep any items you picked up on the way.

After spending some time with the game, I can say that, for a game that has such a lighthearted premise and presentation, the gameplay is no joke. Battles are challenging, and present players with difficult strategic choices. Players have the option of using overwatch, allowing their characters to use any unspent steam to attack enemies that enter their line of sight on their opponent's turn. However, if you move too slowly, enemy reinforcements will start to spawn behind you, forcing you to fight on two fronts. There's also gears spread throughout the map that help to unlock new sub-weapons and boilers, and deciding whether or not to search for and retrieve them is a genuinely difficult decision. You'll want the new equipment to help you survive in later levels, but actually getting to them can be a difficult task with enemies spawning behind you. There were several occasions where I chose to leave the gears on the map rather than risk losing my last surviving squad member.

Code Name S.T.E.A.M. is an engrossing experience, inviting you to ease yourself in, sit back and really engage with its challenging battles. Don't be surprised if you find yourself intending to play a single battle, only to end up playing your way through an entire mutli-battle chapter of the game's story arc. 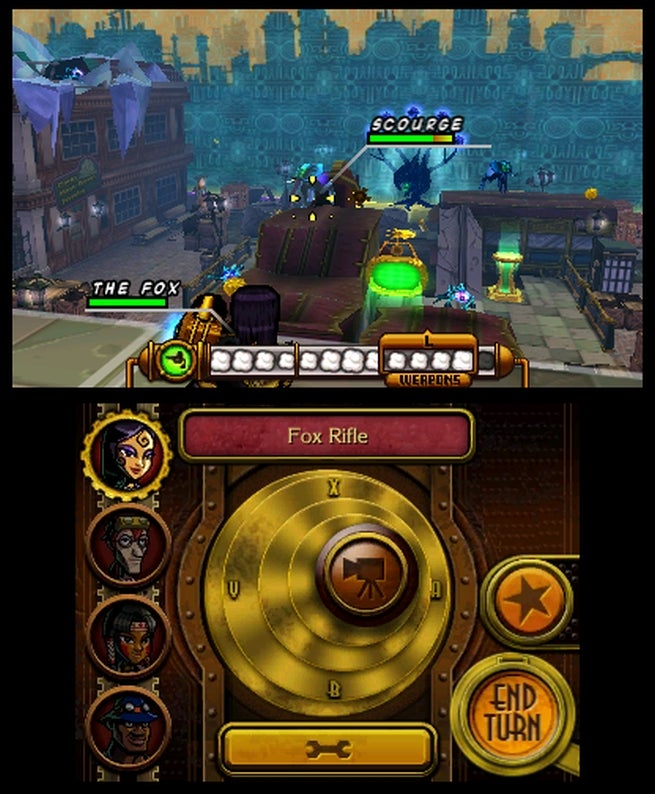 Code Name S.T.E.A.M. isn't without its flaws through, the foremost of which has to be the length of enemy turns, which can last from 30 second to a full minute or more. That doesn't sound like much, but it becomes a bit tiresome after you've been going back and forth for a few rounds, and is especially irksome when there aren't any enemies on screen, leaving you to stare as the screen until the AI figures out what it wants to do. It doesn't detract from the gameplay directly, but does break the game's flow just long enough to pull you out of the otherwise immersive experience. The game could also do a bit more to inform players of things like overwatch range, and aiming could be a bit more precise (at least with a stylus, which is what I had available).

As mentioned earlier, the game's story isn't particularly deep, though the setting is entertaining. There were also some questionable musical choices. For a game that otherwise commits hard to his setting, theme, and presentation, the hard rock/metal music that sometimes plays during battle feels out of place with the Silver Age and steampunk aesthetic. This is a minor complaint, but I did find myself genuinely puzzled whenever that music started to play.

All-in-all, I found Code Name: S.T.E.A.M. to be a great game to lose yourself in. Intelligent Designs is a studio with prestige, and it's exciting to see a studio with two storied franchises already under its belt still trying to do something new. There are a few hiccups, but they're mostly blemishes on an otherwise deep and immersive strategy experience, and I haven't even touched the multiplayer yet. The game has a demo available, so try it out for yourself and you're likely to find yourself wanting more of this steam-powered, Silver Age adventure.