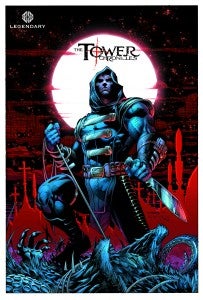 Matt Wagner, the visionary comics creator behind indie successes like Grendel and Mage and the writer/artist behind a number of popular events for more mainstream publishers like his DC series Trinity, surprised everyone a little bit when he took a job with the upstart Legendary Comics. Not to create his own original property, like Frank Miller had just done in bringing them Holy Terror--but to work on a property he co-created and developed with Thomas Tull, the movie mogul owner of Legendary Entertainment, on a series of books that will take years to complete. The project--The Tower Chronicles, the first installment of which hits the stands today--marks the first serialized series from Legendary Comics and features nothing but A-list talent, from Wagner and artist Simon Bisley (Batman/Judge Dredd, Lobo) and inker Rod Ramos (Transmetropolitan) to cover artists who tend to draw the eye--like Jim Lee and Alex Ross. Wagner joined ComicBook.com to talk about the project, how and why he joined and what fans can expect from John Tower. 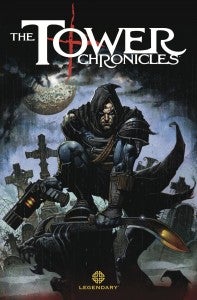 For the uninitiated, what is the basic premise of The Tower Chronicles?

is ultimately going to be a trilogy of books--the collective title is The Tower Chronicles, the first book is called Geisthawk. It's based on the adventures of a supernatural bounty hunter names John Tower, and John Tower's backstory is much deeper and multifaceted and mysterious than it would appear from the very first adventures we see. Each book there's going to be serialized as four prestige-format volumes, each 68 pages, so you get a nice chunk with each issue. In the first issue, he's very aloof--very much in the Clint Eastwood sort of mold, a very taciturn sort of main character and in fact I'd say in the first book we're not even sure whether we like him very well. But when I first entered into this project with Thomas Tull, the owner of Legendary Entertainment, Thomas is the one who had the initial idea for the character and I'm the one who brought the human story to the table because I said, "Well, it's all well and good to have a great, cool hot shot tough-as-nails adventurer, but we have to give a damn about him." So as the story progresses, little by little the mysteries of his past get peeled away and we learn his backstory step by step by step. 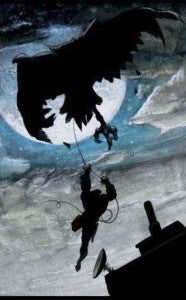 So you're doing the whole thing? How far along are you at this point? It's me and Simon Bisley all the way--me writing, Simon Bisley drawing--and in fact I'm done with the first eight prestige-sized volumes. Wow, so this is quite a look back for you, then, doing these press appearances and talking about something that you've finished months and months ago. At the same time, I'm currently involved in the same narrative so it's not like I've gone onto three other story narratives since then; I'm still equally enmeshed in John Tower's world. It's still very fresh for me. I think it's safe to say that comics people are often somewhat skeptical about these companies that come up and they say, "We're going to make comics that make good movies." There's a lot of that going on right now. I understand that cynicism. My answer to that is that the way we defeat that cynicism is by delivering a great product right out of the gate. Their editor-in-chief is Bob Schreck, who I've worked with pretty much since the beginning of time, at Comico and at Oni Press and then for many, many projects at DC. Again, Thomas had an initial ideal for a character and he asked Bob to find him a writer who wouldn't be afraid to tell the boss when the ideas were no good--and Bob said, "I know just the guy." 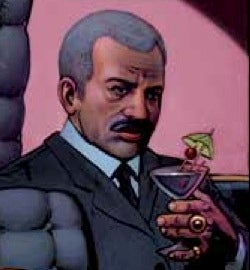 And from the very beginning, they presented it to me as exactly the opposite of what you just said: "Yeah, we are a movie company. If this becomes a movie someday, yeah, all well and good--but that's not going to happen unless we have a great story and a great comic book to begin with so that has to be your sole aim creatively is to make this a good comic book. And I've been doing that for thirty years, so I think I know when it works and this one's really working. I'm having a blast with it, the narrative's really great, the story is very deep and richly textured. Simon is just knocking it out of the park, artwise. At this point I can't even imagine anybody else drawing the project because he's just so clicked into exactly what the vibe of the narrative is. This has been the case of a lot of my other projects: Unless I'm working on a big company character like Batman or something like that, I'm kind of a genre masher. If you look at Grendel, if you look at Mage, they have elements of a lot of different genres in them to make a kind of unified whole, and that's the case with The Tower Chronicles, too. We have elements of a costumed adventurer, some elements of horror, some elements of fantasy, some elements of contemporary intrigue and some elements of historical fiction. 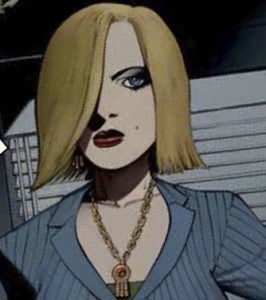 So when I'm working on these things I never really stop and think, "Oh, maybe I shouldn't do that because it doesn't fit in this genre." If it works for me narratively, I just do it. It's funny when you say that because I feel like at the time when you really exploded, a lot of the cartoonists who were coming up around that time were expert genre mashers, as you say. It's hard to imagine a time when we didn't have Grendel and Strangers in Paradise by Terry Moore and Madman from Mike Allred, but those were all in their heyday right around the same time. I would agree with that, yeah. And it's funny you should mention those becuase I would, yes, say both Terry and Mike do the same thing as me, where we have so many things that we like that we just distill them to our own, unique take on things and never really stop to consider, "This can't be in here because it's a Western story; this can't be in here becuase it's a horror story." My favorite creators in other media are like that, too. One of my favorite musicians is Elvis Costello, and look how all-over-the-board his musical influences are and how he takes all of those and kind of distills them into his own, unique take on popular music in general. If you ever do play Pandora radio online and you set up an Elvis Costello station, it's just amazing the wide range of genres that they consider match Elvis Costello, and the wide range of songs that pop up on that station as a result! 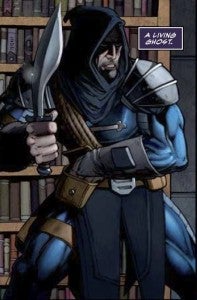