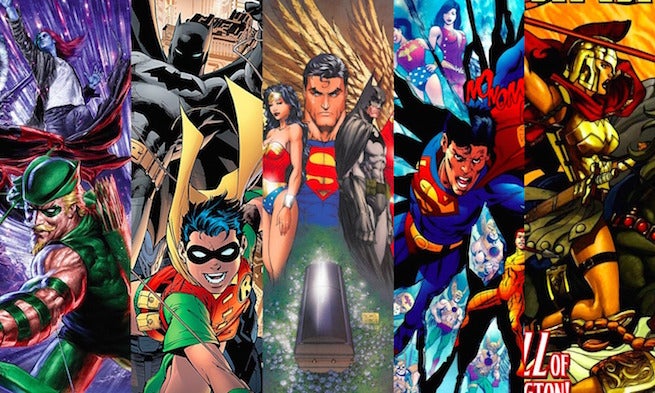 With DC's Convergence event spotlighting a different era in the publisher's history each week, ComicBook.com decided to take its own stroll down memory lane with a series of lists to feed the collective Converge's nostalgia. In week one, Convergence is set during the "Pre-Flashpoint" era, aka the 2000s (up until the New 52 reboot in 2011). Anchored by massive, status quo changing events and directives, the 2000s are considered by many fans and critics asone of the most controversial eras in DC Comics history.

In honor of Convergence, let's look back at the decade's five most polarizing moments. And if any of these entries rekindle some frustrating memories, please refrain from punching the fabric of reality as a means to voice your displeasure. 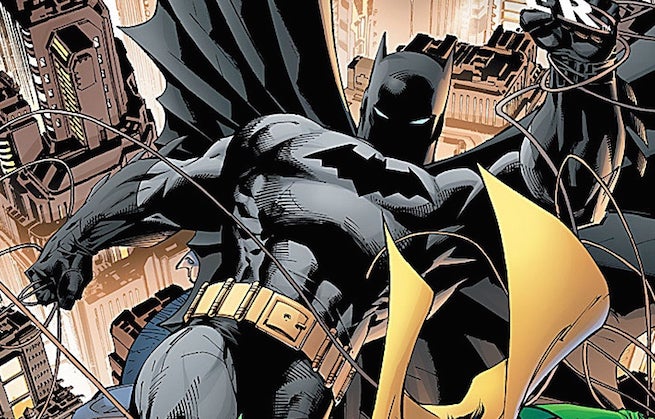 Hiring the legendary Frank Miller to craft a sequel to arguably his most famous Batman story ever, The Dark Knight Returns, seemed like an obvious move in 2001. Unfortunately, lighting didn't strike twice when it came to The Dark Knight Strikes Again.  The series sold well, but was panned critics and fans who detested the project's lack of nuance. In their defense, Batman did decapitate a genetically enhanced Dick Grayson.

Four years later, Miller got his second shot at a modern Batman story, All Star Batman and Robin, with Jim Lee on art. And the series sold big … whenever it came out. Issues were published intermittently over the span of three years, and the content was laughably bad. Ever hear people joke about "The God-**** Batman?" Yeah, you can thank this series for that. Miller apparently took the notes on Strikes Again's lack of nuance and thought the solution was a sadistic Caped Crusader who enjoys brutalizing criminals and torturing his "Boy Wonder" sidekick, Robin. The series marked an uncomfortable turning point for Miller's career, where the once-revered creator could no longer seem to catch a break. Let's face it, nobody wants to witness the fall of legend like Miller (or Batman). And the worst part? Miller never finished the project, leaving many to wonder how his ill-fated story would end. 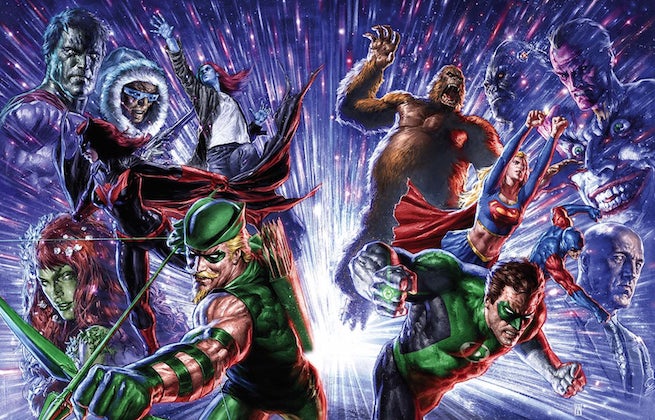 4. The Death of Lian Harper

The deaths of long-standing characters has always been a touchy subject for comic book fans, especially when they feel like marketing ploys  to spike sales and create buzz. And yet, there was something about 2009's Justice League: Cry for Justice that managed to cross the line for even the most jaded readers. The book was generally praised for its attractive art, but James Robinson's script was derided as an overwrought mess, filled with cliches, poor characterization, and gratuitous use of the worst "justice." Then there were the deaths … so many senseless deaths, capped off with the murder of Lian Harper, the young daughter of Red Arrow/Roy Harper.

Fans were outraged by how the series concluded, digesting Lian's death as a mean-spirited attempt to be edgy. To add insult to injury, Harper's character took a dramatic and unlikeable  turn following the death of his daughter. Oh, and his arm was graphically ripped off.  Many readers and critics cited Cry for Justice as the definitive lowpoint for Green Arrow comics and DC as a whole in the 2000s. 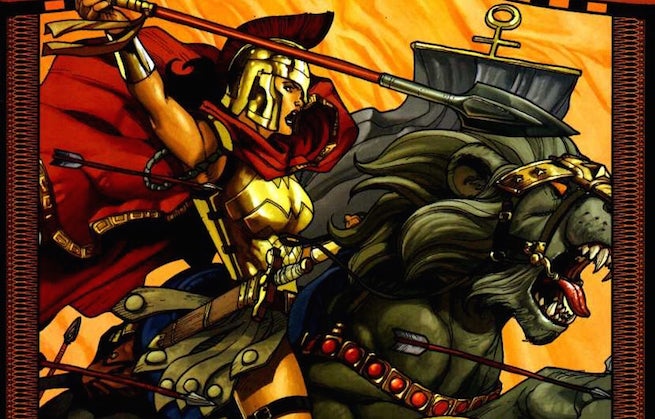 One will always find immense hyperbole and heated rhetoric in an online forum or message board about comic books. Still, a very special circle of disdain exists for 2007's Amazons Attack miniseries by Will Pfeifer and Peter Woods. The series was universally panned for its boring and incoherent plot (the Amazons are attacking Washington, D.C., because … BECAUSE!) and the poor handling of Wonder Woman, its central character. Fans called Amazons Attack the "worst Wonder Woman story ever" and seemed to actually mean it. During the series' publication, many fans reportedly mailed their copies back to DC's editorial department as a form of protest. In fact, more than seven years later, just the mere mention of Amazons Attack seems to drive Wonder Woman fans into a frenzy, citing the mini as the official benchmark for how not to write the character. 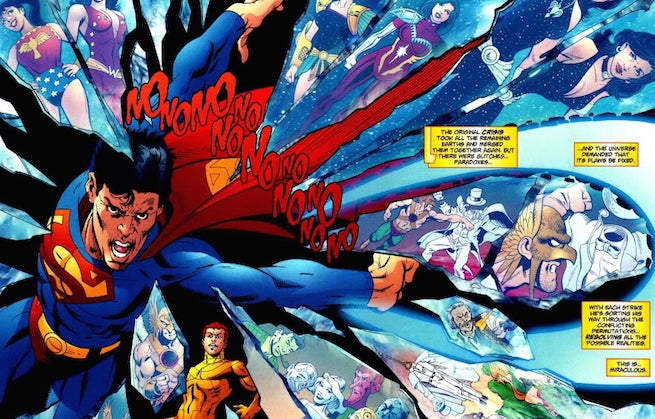 Retroactive continuity, better known as "retcons," are a tricky business. Alan Moore retconning Swamp Thing's origins and completely reinventing the character? Great! Marvel annulling the marriage of Peter Parker and Mary Jane Watson through a deal with the devil? Not so much. So, when DC tweaked their status quo in the lead-in to its Infinite Crisis series in the mid-2000s, the company should have proceeded with caution.

But they didn't. Instead, DC gave us the "retcon punch" — a moment in Infinite Crisis where Superboy Prime attempts to punch his way out of extra-dimensional space. The force of his snivelling blows sent continuity-altering shockwaves throughout the DC Universe. Some of punch's retcons punch seemed sensible, like streamlining the numerous and conflicting interpretations of Superman's origin. Others--not so much. The real poster child was the resurrection of Jason Todd, the second Robin who died in another controversial storyline in the late 1980s (fans called in to a hotline to vote on Robin's death). 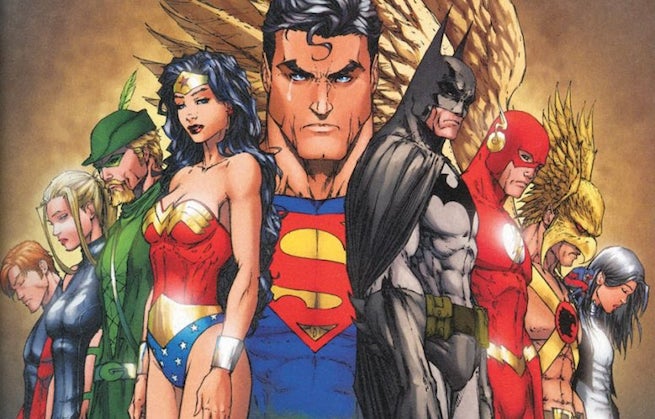 DC seemingly scored a coup in the early 2000s when popular novelist Brad Meltzer joined its ranks as a writer. For better or worse, they also scored one of the most polarizing events of the decade, Meltzer's Identity Crisis, in 2004. When it comes to people's opinions of Identity Crisis, there are very little middle ground. People either love it or loathe it. What everyone can agree upon, however, is that the story has  function as a lighting rod for DC more than 10 years after its release.

The story is best known for its shocking murder of Sue Dibny, wife of the Elongated Man, Ralph Dibny. But Sue's murder barely scratches the surface of what makes Identity Crisis so controversial. With its depiction of sexual assault, murder and mental manipulation, the series was criticized for employing shock value as a narrative device. The book's critics said that Meltzer's uncanny ability to put together a riveting thriller mystery didn't make up for his apparent misunderstanding of DC's legendary characters like Superman, Batman, the Flash, and their core traits.

What moments in the Pre-Flashpoint DCU made the biggest stink for you? Commiserate and debate in the comments below.