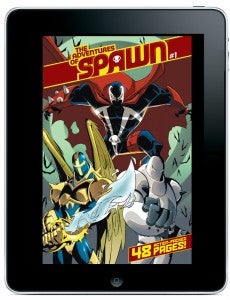 Comics by comiXology is ranked third on Apple’s chart of the top-grossing iPad apps of 2012, according to Inside Mobile Apps.

Much of the rest of the top ten are free-to-play mobile games which cost money when you buy additional content such as in-game currency. You can check out the full list below.

ComiXology has been around since 2007, but their sales increased dramatically in the fall of last year, when DC Comics launched their New 52 publishing initiative with same-day digital release of new comics as one of its tent poles. Marvel followed suit shortly thereafter, and for most of this year, both of the Big Two have been releasing all of their main-line superhero comics day-and-date digital.

ComiXology Is One of the Top-Grossing iPad Apps of 2012