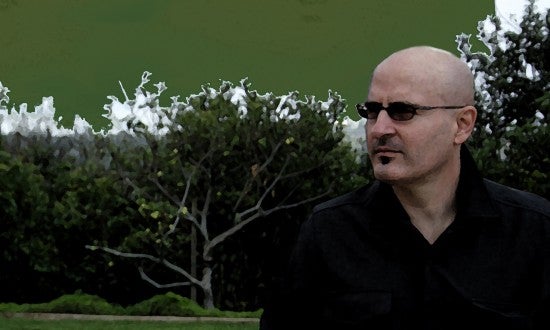 Yesterday, we spoke with veteran comics writer and artist Jimmy Palmiotti about his new, Kickstarter-funded graphic novel Denver (with Justin Gray and Pier Brito). The book, a thriller with science fiction elements blended in, features a soundtrack by composer Hans Karl, and a song by singer Carrie Johnson, that will be packaged along with most copies of the graphic novel. According to the book's Kickstarter page, "Karl is a film and multimedia composer. His music can be heard in documentaries, animated shorts, indie film, commercial jingles and various other creative media projects. In addition to his scoring work, he has also released several albums in various music genres. Currently, he has been creating a collection of original music library tracks. He resides in Los Angeles. You can find out more about Hans at his website." You can hear a track from the soundtrack below.

Karl joined ComicBook.com to talk about creating a soundscape from basically scratch, and the role the other creators played in helping him to set that tone. You can see the project's official Kickstarter "pitch video," basically a trailer for the graphic novel, at the bottom of the story. 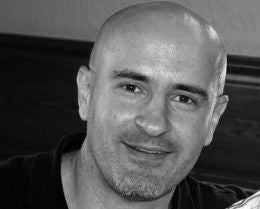 ComicBook.com: How do you approach doing a soundtrack for static images? It seems almost counterintuitive, since you can't time it to the action or anything like you would with a film. Hans Karl: With film, musical timings often have to be matched to a fine visual point. I think that when "scoring" a comic book, there are all kinds of musical timings if you choose to see them. I try to find those visual to musical rhythms and then work them into my compositions, whether they are in the actual panels of art and dialogue or in what I see and hear between those panels. The goal for me is to always be a connective tissue for the vision that the creators are trying to convey in their story through my music. This is how I approach composing music inspired by static images. With DENVER, Pier's artwork is just so stunning, and the way that he and Jimmy and Justin paced the images and story helped me to expand upon the world of DENVER through music. Additionally, I would often cue off certain phrases of dialogue or conversations in the script to come up with a music piece that would reflect that scene or section. Finally, I'd even go with a big widescreen and bold graphic feeling for some of the music, inspired by an overall tone in a certain part of the book or a big panel image. In that case, I didn't try to match any movements in my head that I was getting from the script or art. All of these methods were used when composing music inspired by DENVER. ComicBook.com: Have you talked to other people who have done the same thing? I know there are some. Terry Moore has theme songs for some of the characters in Strangers in Paradise and Rachel Rising. Karl: I don't recall ever having talked to someone else who has done the same thing. I think that for some people though, this probably seems like an odd way to compose music. (laughing) For me, it feels natural at this point, since I've been doing it for so long. I do know that game composers, and even many film composers, encounter this type of music scoring in their work. For game composers, they will sometimes compose initial music based off of concept art. Film composers often compose music inspired by just the script, or pre-production art as well. I've also done it in the past when I was working on projects where I only had the script to compose off of in the beginning. With DENVER, I had both the script and the initial art to work from. I have composed for numerous projects that have involved creating music from static images. I released an album of original music inspired by the art of Shag called SHAGXOTICA! [ed. note: at www.cdbaby.com/cd/hanskarl2] This is a musical tribute to his art that is a gateway to his wondrous and zany paintings. Shag (a.k.a., Josh Agle) designed the front and back covers for the album, and we also used 14 full color paintings of his for the interior of the CD booklet. I created another album of music inspired by the artwork of Ragnar (a.k.a., Brandon Ragnar Johnson) called AMBIENT CHAIR MUSIC. His stuff has an animation production and story artist kind of vibe to it, and the collection of illustrations of his that I chose to compose off of had more of a serious vibe than Shag's stuff. Both Ragnar and Shag are very unique in their own ways, and I tried to reflect that in the music tracks. In each case, the music that came out of me was fine tuned to the particular styles of their two collections. The end products do sound quite different, as they both have different visual aesthetics. Additionally, I've composed music for two documentaries on the lives and art of James Bama and Robert McGinnis. Both of them are highly influential American illustrators of the last 50 years or so. In thinking about it, I guess I've become known as the "illustrator's composer!" (laughing) 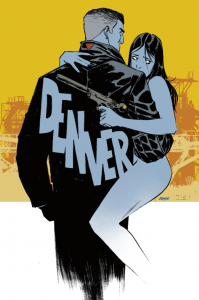 ComicBook.com: Who brought in Carrie Johnson, and how did that materialize? Karl: Jimmy brought in Carrie, and I liked the idea of adding a song along with the score. Often, when I listen to film scores, I enjoy a nice song track when it gets interspersed between the score stuff, or even pops up in the opening/end credits. Carrie did a wonderful job with her song. ComicBook.com: Is this the most unusual project you've ever been a part of, in terms of stretching your training? Karl: Not really, as you can see from my past experiences. I can say though that it's been one of the most fun projects that I've worked on. When you're working on something that you really enjoy, it's never really work in a sense. As corny as that adage might sound, I think it really is true. That's been the case for me here. ComicBook.com: How involved were the comic book people in helping to find the right "tone?" Did they just trust you to establish that? Karl: I received direction in terms of the desired emotional tone and genre of music, and then I got to run in the sandbox. In particular, Jimmy knew from the get go that he wanted that big sci-fi world type of sound for this. These types of sci-fi and action films often carry a heavy emotional weight in the music that matches the extreme visions on screen. Jimmy wanted that weight of doom and he also wanted high emotional intensity in the music that I created. He and Justin trusted me to bring these qualities to the table so that I might help expand the graphic novel experience of DENVER. It's been quite fun to compose both slow burn tracks and faster action tracks that convey intense emotions in different ways. I feel that this has been an awesome collaboration. ComicBook.com: As I asked Jimmy, in the universe of hypotheticals, what kind of changes would you make to the soundtrack if this project were to move forward on film? Karl: First off, if DENVER became a movie (which I think it will, since it's awesome), there would most probably be much more music, as the medium of film usually necessitates that. And, of course, I'd have fixed timings to work off of, at least in part. As far as changes that I'd make, I'd still approach the music in the same way emotionally/stylistically, but I'd almost certainly want to bring in several live musicians that would embellish and augment the electronics of the music. I know lots of great players who always add a cool musical touch to the projects they work on.