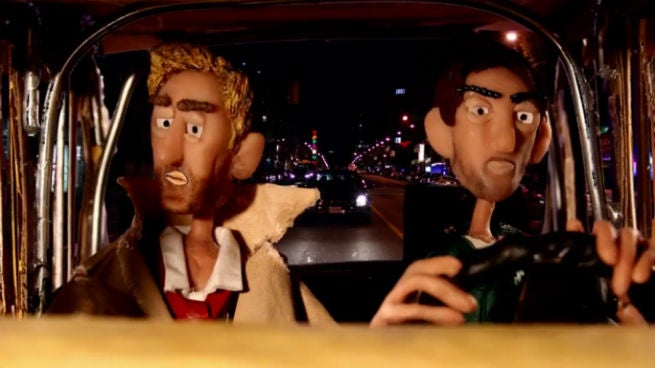 Matt Ryan reprises his role as John Constantine in John Con Noir, a new series of animated shorts from DC Entertainment in which Constantine is recruited to save Constantine showrunners David S. Goyer and Daniel Cerone, who have been kidnapped.

It's equal parts fun, strange and a little over the top.

Check it out below, along with a brief write-up from DC:

Get ready for tonight's new episode of Constantine with the first episode of this brand new animated webseries. Featuring Matt Ryan as Constantine, "John Con Noir" offers a noir-inspired take on the British exorcist told through the medium of claymation. In this first episode, Constantine finds himself on the hunt for two missing, and very familiar, show creators.