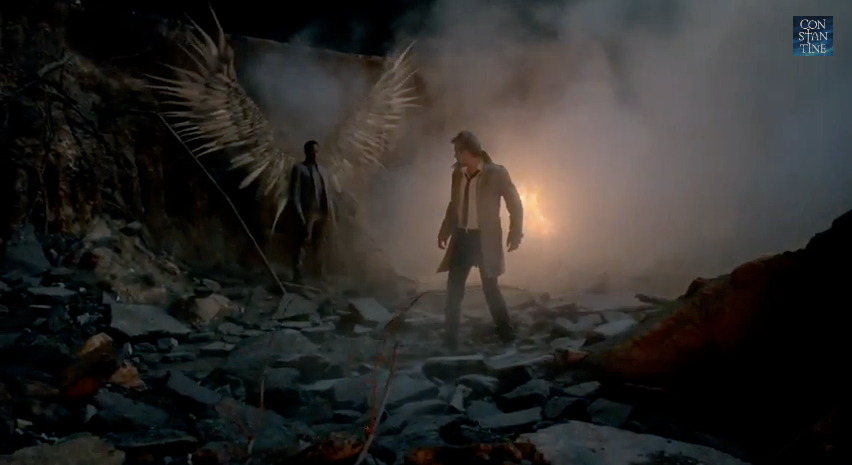 NBC has released a new clip from the Constantine pilot, featuring the paranormal investigator's first meeting with Manny, his guardian angel.

While Manny is tasked with protecting John, it doesn't seem like he has to be that friendly while doing it. In their brief conversation, viewers learn that John has spent some time in a mental hospital. No one is sure exactly why John would voluntarily submit to such treatment, but it most likely involves his botched exorcism that past trailers have alluded to. As John explains to Manny (played by Lost's Harold Perrineau) he's back in the game to protect a young lady at the request of an old, and dead, friend.

Check out the full trailer below, complete with fire and brimstone.