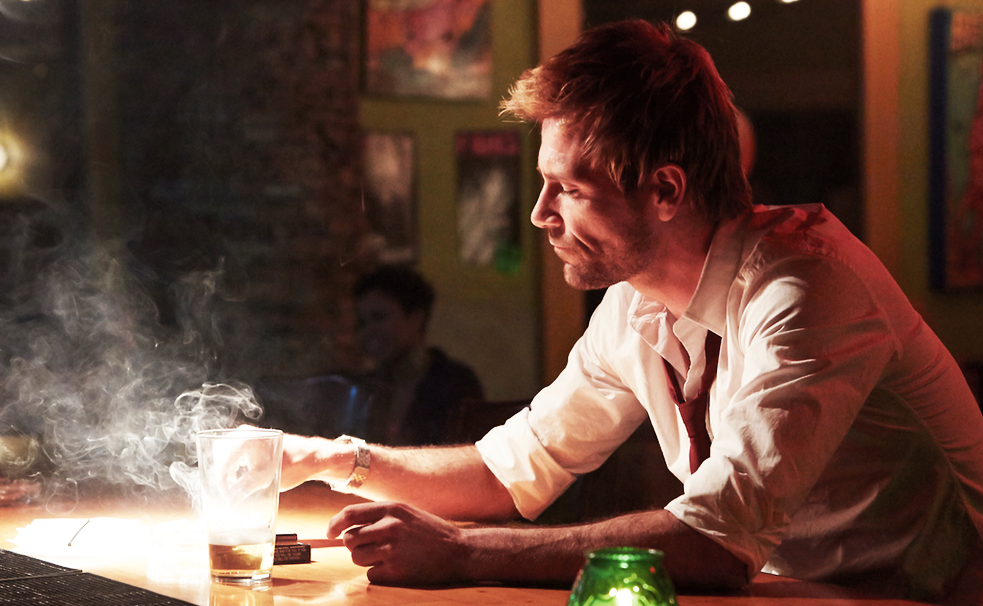 We're just an hour away from the premiere of the pilot for NBC's Constantine, based on the DC Comics character John Constantine -- a guy who's pretty much always got a cigarette in his mouth.

In the comics, Constantine was dying of lung cancer and managed to trick the devil into taking it away from him, then continued to smoke as a lung cancer survivor. So...you could say, it's an important trait.

Producers on the TV series are aware of that, but the series is on network television, which means NBC's standards and practices won't let him smoke on camera. They've tried to work around it by doing things like cutting to him sitting at a bar, putting out a still-lit cigarette at the start of a scene, but every time the issue comes up, the comics' fans are pretty adamant that it isn't good enough.

Executive producer Daniel Cerone, in a new interview with Collider, reveals that this is something they've been working on, and that he hopes fans know they're doing their best with what they have.

"Part of me wonders if smoking is that important to people that we need to see him smoke," Cerone said. "We are staying true to the character. We are retaining the fact that he is a heavy smoker. But we also exist in a real-world situation where our broadcast standards don’t allow us to see someone smoking. I would hope that fans celebrate us for doing our best within the constructs that we have. That would be my goal. He does smoke, and he is a smoker. It’s as simple as that."

Of course, it isn't as simple as that for many fans -- but at least hearing a producer say as much might soften the blow for some.

Constantine Producer: "He Is A Heavy Smoker...It's As Simple As That"