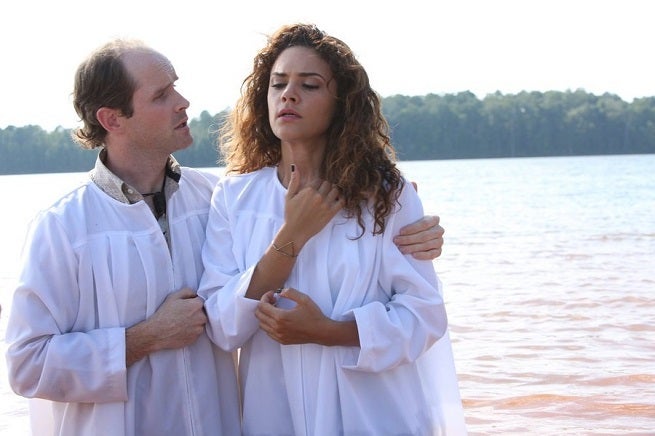 NBC has released a first look at next week's episode of Constantine, titled "Blessed Are the Damned."

The episode sees Constantine performing another task just about as difficult as he faced trying to talk parents into exorcising a young kid this week: he's trying to convince a congregation that their preacher's faith healing is maybe not, in fact, such a great thing.

A SMALL TOWN PREACHER MYSTERIOUSLY GAINS THE ABILITY TO PERFORM MIRACLES – While in art class, Zed has a bizarre vision of snakes that lead her and John to a small town where a preacher has mysteriously gained the ability to heal his congregation. Harold Perrineau also stars. Christopher Johnson, David A. Gregory, Juliana Harkavy, Megan West and Patrick Carroll guest.