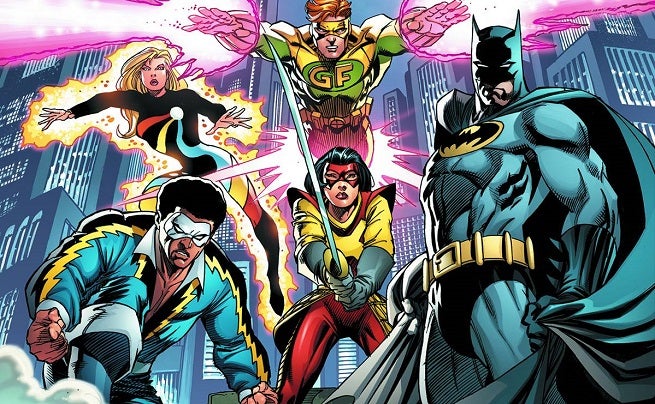 In Convergence: Batman and the Outsiders, Andreyko teams Bruce Wayne with Metamorpho, Katana, Geo-Force and more in a tale set during the Crisis on Infinite Earths.

The series will see the team facing an attack from Jack Kirby's OMAC, forcing them to reunite under the pencil of artist Carlos D'Anda in order to defend their right to exist.

Andreyko joined ComicBook.com to talk about the project.

You've played in Gotham quite a bit, but is this the first time you've had a chance to write Batman as a lead in one of your books?

I’ve written batman before in Manhunter, The Road Home, and Batwoman, but this is my first time writing him “above the title.”

You're young enough that you weren't working professionally when the Crisis happened. How much catching up did you have to do to be on point for these characters' status quo?

The Crisis era shaped me as a reader and a writer, so it didn’t take much research at all. I did dig into old Batman & the Outsiders issues around the time of their book that correlates to the mini, but for the most part, it was like slipping into a warm, albeit nerdy, bath. 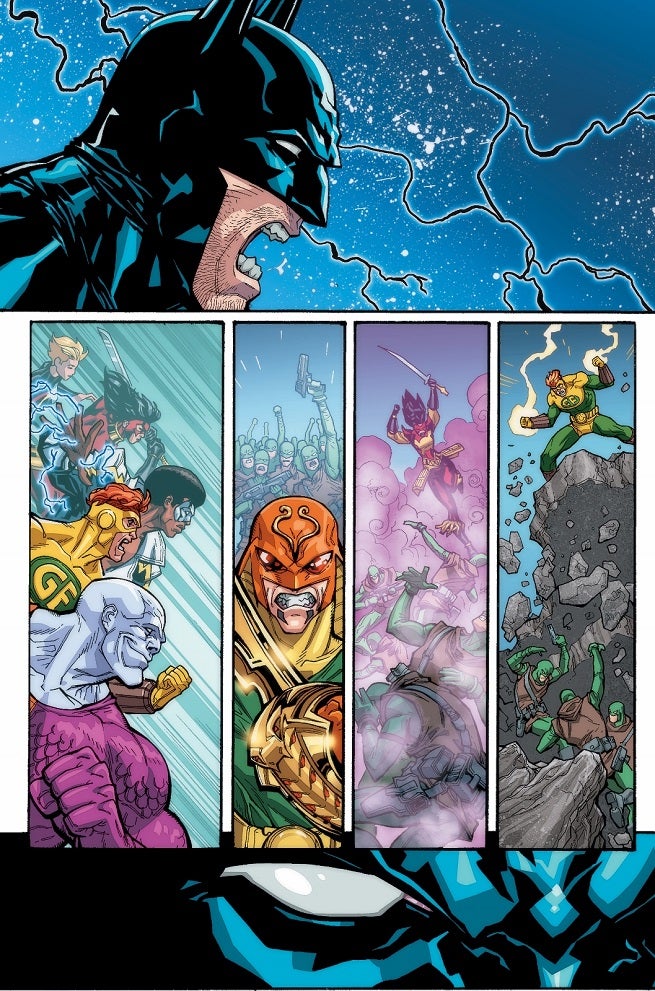 Is there a character or a pair of characters who you've either really enjoyed writing, or whose dynamic has come out in an unexpected way?

This one is easy: Metamorpho. I never had much interest in him, but after a creative meeting with Dan DiDio last year, I now have him high on the list of characters I'd love to write again.

If there's anything that has had a ton of interpretations and never really had one “stick” in DC, it's probably the Great Disaster.

Is it freeing, knowing that your version will be at least as cool as five or ten that came before it, or did you feel some pressure to try and make some real sense of those characters and concepts?

Well, this is only two issues long, so there isn’t really time for lots of exploration. I just tried to remain tonally in sync with what has gone before and hope i lived up to it.

With only two issues to work with, how do you give a team this size enough space to really develop?

Every member has some really nice moments that reveal who they are, what makes them tick, and what drives them. I was nervous, at first, but everything fell into place with refreshing ease.

What drew you to this particular group of characters? 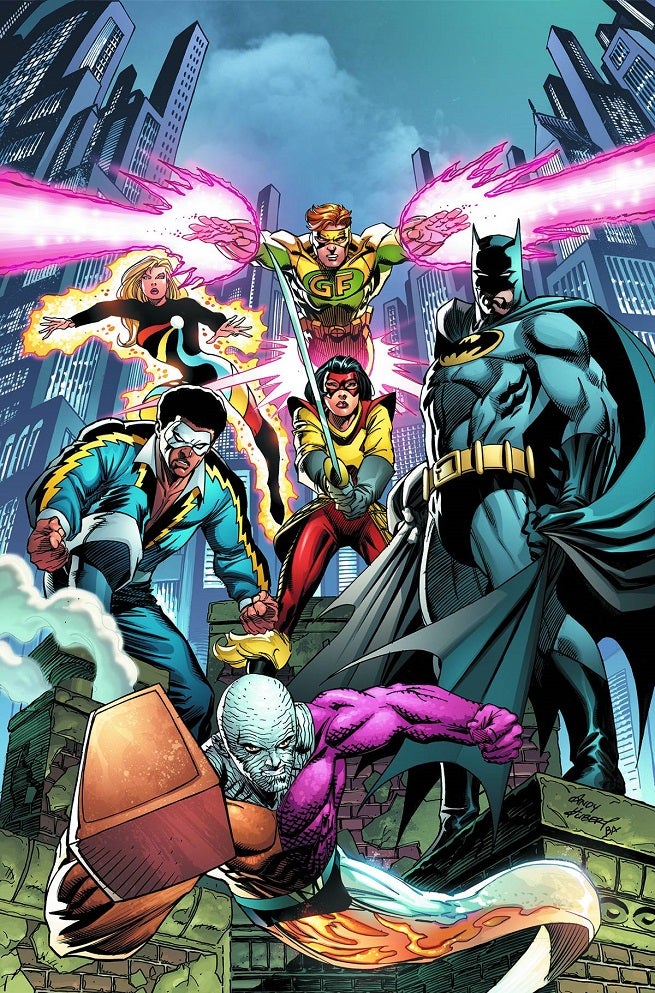 I was a huge fan of the work Mike Barr, Jim Aparo, and Alan Davis did on this book. I still own the original issues, in fact. They pulled off a book that had a great sense of fun, but that also was filled with lovely character moments. All i really had to do was keep carrying their torch.

You know, there's a certain degree of fatalism to some of these pre-COIE books. Supergirl and Superboy & the Legion of Super-Heroes are both headed off to get blown to bits in Crisis after they win Convergence. Your characters don't have that. Do you think they're feeling pretty alright about the future, if they make it out of this?

Now, that would be spoiling things…

When you're bringing characters back from non-existence like this, it's got to be tempting to give them that final good-bye. Do you think this is the true end of their stories or a new beginning?

Are there any “true ends” in comics?

I, along with the glorious artist Carlos D’Anda, were trying to tell a fun, exciting, and satisfying tale that furthers the adventure and epic scope of Convergence, not a coda to an era. That being said, if this is the last time we see these versions of these characters, we’ve given them a nice send off.