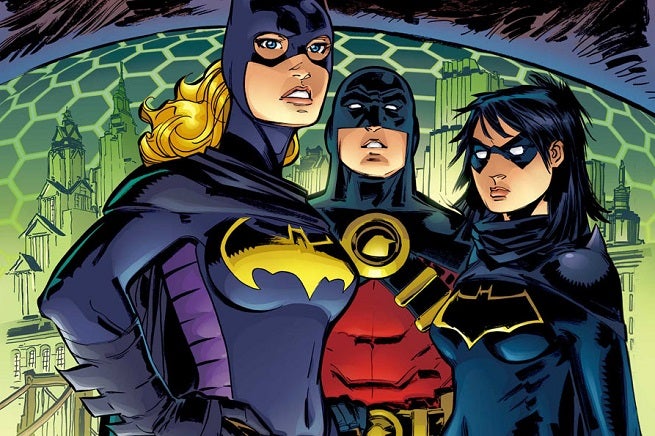 When DC Comics heads back to the pre-Flashpoint timeline for the first week of Convergence titles in April and May, former DC Comics editor Alisa Kwitney will be writing the Batgirl title, which revolves around Stephanie Brown,Cassandra Cain and Tim Drake.

The title will see Cass and Tim dragging Steph out of semi-retirement to help protect the city against an incursion from the Flashpoint universe.

Note: This interview was conducted via e-mail, and questions were submitted prior to the announcement that Kwitney would be writing Mystic U for DC in the summer.

You've worked at Vertigo and done a few short stories, but not a ton of superhero work. What made Convergence the right time to dive in to the deep end of the DC Universe?

The short answer is, Marie Javins asked me if I wanted to pitch a story idea, which is kind of like being asked to dance. I might not have had the nerve to just march up onto the dance floor by myself, but if someone asks you, I figure you ought to at least attempt to try out your moves. And I’ve been reading superhero books since I was six, so I it’s not like I haven’t thought about them a lot. 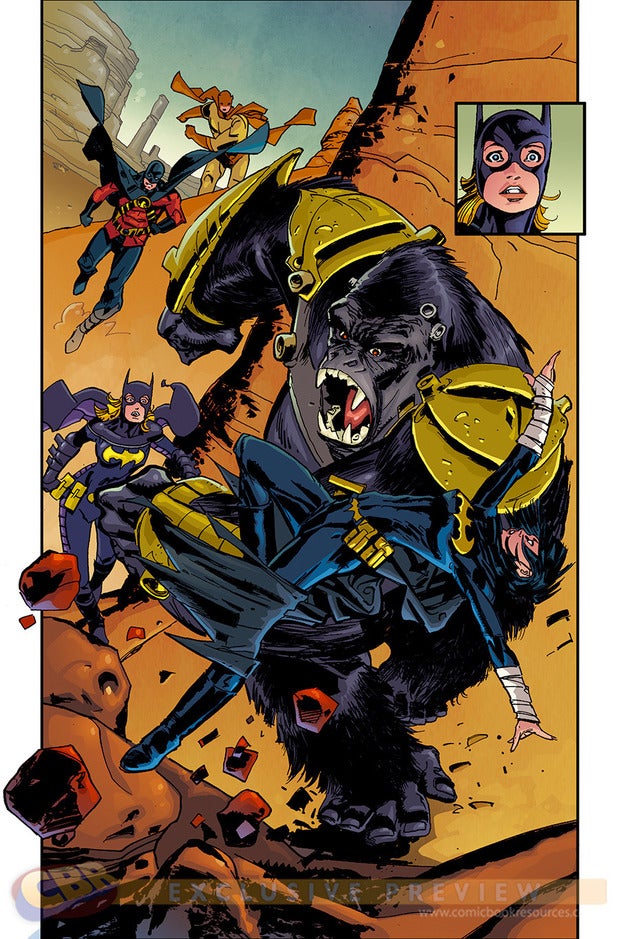 There's obviously a lot of anticipation built up around the return of Stephanie and Cassandra. As a writer, how do you balance the desires of the audience to see more of these long-lost characters versus giving Tim enough time to not make him seem superfluous?

When I write, I try to focus on the characters as people – I always refer to them in my scripts by name, so it’s “Steph” or “Cass,” not “Batgirl” or “Black Bat.” As much as I can, I try to focus on their needs – their unresolved conflicts, their subconscious motives, their need not to be hanging around on the sidelines with nothing to do.

Given that you weren't writing at DC at the time, how much prep did you have to do to be kind of on the same page with these characters and where they were when we left them?

I read everything I could get my hands on – Chuck Dixon Spoiler stories, Bryan Q Miller Batgirl stories, and Fabian Nicieza’s Red Robin and Cassandra issues. And once I’d done that, it seemed obvious to me that the best way to acknowledge all that history was to bring Steph and Cass and Tim back together in my storyline.

What's your elevator pitch for this story?

When Steph is chosen as one of Gotham’s champions, she’s not just surprised – she’s a little freaked out. First of all, she’s been retired for a year. Second, she feels that even when she was at the top of her game, Cassandra and Tim were the abler fighters. This story is about Stephanie realizing what it is about her that makes her a great Batgirl. 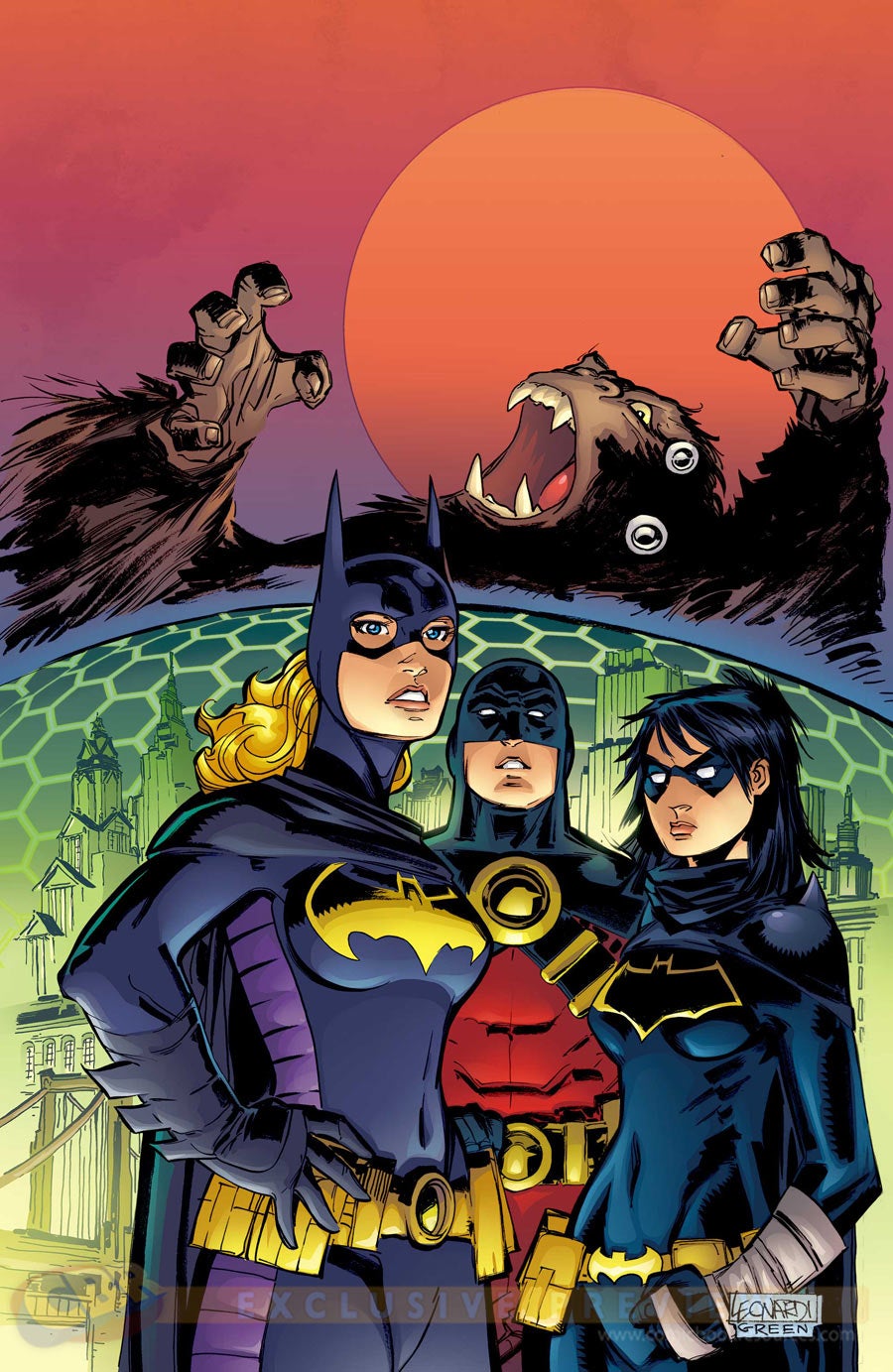 Rick Leonardi is a pro's pro. I've heard so much praise for his work from other artists I'm shocked he doesn't have a huge head. Was he somebody DC partnered you up with, or did you lobby for him?

I was just really, really lucky to get paired with Rick. As Jim Lee said to me when he looked at the art, Rick has it all – great movement and great expression, dynamic fight scenes and subtle body language. And he has mad good storytelling skills. He made a couple of suggestions that really strengthened the story.

Given the passionate feelings of the fan base for these characters, do you feel any trepidation taking on both Steph and Cass at the same time, and with only two issues to work?

Only now that you put it like that. Gulp.

Closure is such a loaded word, but I think it’s always easier to tell an interesting story when there’s a mandate that says, “Yes, you’re allowed to burn your bridges and have things happen to these characters and they won’t be taken back to square one next week.” And I had that mandate.

Between this and the Young Avengers book, it seems like you're starting to carve out a niche for yourself not dissimilar to somebody like Marv Wolfman or Fabian Nicieza in the past – somebody who knows how to write young protagonists. Meanwhile, YA is exploding, and so are superheroes. Is this actually a plan to take over the world, or did it just kind of come together that way?

I would love to be in a writing niche with Marv and Fabian! For some reason, it’s pretty easy for me to remember being young and reckless and mouthy and insecure. If it turns out that’s the key to world domination, then I’m set.

It was more than ten years between your first and second novels, and it's been a while since we saw you in comics. Can we expect to see a bit more of you or will we have to wait ten years?

Actually, you only have to wait till June! I have a new monthly title coming from DC Comics called Mystic U.

On a lighter note: Who the heck is Stephanie Bond?

Stephanie Bond is to superheroes what Jennifer Lawrence is to movie stars.