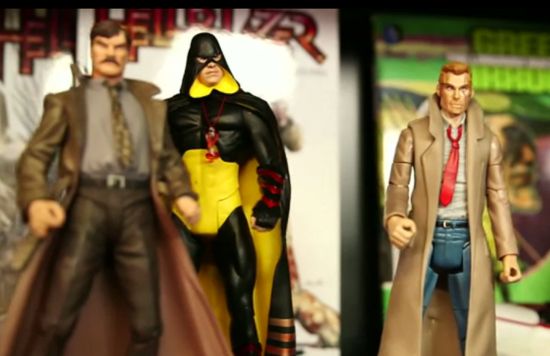 In this week's DC All Access, DC Comics confirmed several new TV shows that are in development. Even though the shows have been previously reported in the entertainment press, the DC All Access video is the first official confirmation from either DC Entertainment or a network of several of the shows in development. In all, DC Comics has six television either currently airing or in various stages of development. Arrow is already airing on The CW, and Flash has already been announced for a potential spinoff series on The CW. In addition to those two shows, DC Chief Creative Office Geoff Johns confirmed Gotham, Constantine, iZombie, and Hourman are also in development. Hourman and iZombie are in development at The CW, which is quickly becoming the DC Comics Network. Gotham is in development at FOX, and Constantine is in development at NBC. In regards to the new Flash, Johns said, "Grant Gustin, who is playing Barry Allen, is an amazing actor, and his take on Barry Allen, when you see him next to Stephen Amell's Oliver Queen, I think people could think that Barry Allen is going to be just another square-jawed, broad-shouldered superhero, and he's very, very different from Stephen Amell." In regards to Hourman, Johns said, "I call it our dark horse, because he's such an obscure character, but the concept of the show is really great, and the writer is really great."