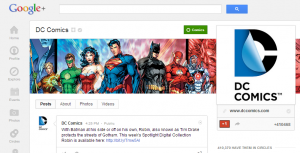 And now, folks, your moment of zen. Today's spotlight digital collection, currently being advertised on DC Comics's social media sites, is Robin, which ran from 1993 until 2009 and starred Tim Drake, currently known as "Red Robin" and--this is one of those things that isn't widely popular--never having been Robin in the world of the New 52. Check out the image above, in which DC talks about Tim's stint as Robin in the present tense, creating the following passage that's sure to entertain the fans who routinely take to the Internet to complain about The New 52: "With Batman at his side or off on his own, Robin, also known as Tim Drake protects the streets of Gotham." Feel free to take some gentle shots in the comments.