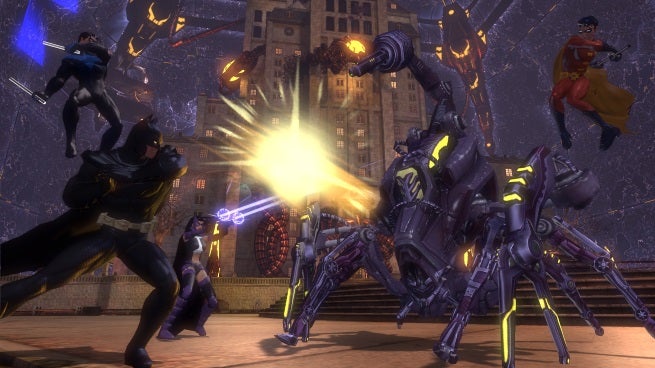 Big changes are coming to DC Universe Online’s Legends mode in Game Update 43. For the first time ever, players will be able to take control of the DC Universe’s most iconic characters and team up with friends to undertake epic missions against equally iconic villains

DCUO’s Legends mode has been restricted to PvP scenarios, where players chose iconic DC Universe characters to battle each other with. While the game has played with the idea of letting players control iconics in PvE scenarios in the past, with mini-missions embedded in DLC, many players who don’t enjoy PvP content felt like they were missing out on the chance to play as their favorite DC characters.

Now those players will have the chance to play who they want, how they want. The Legends PvE scenariors will run as 5-week events that allow players to choose their favorite iconic, join up with a group, and run through 4-player alert scenarios. The first scenario offered will be the South Gotham Courthouse.

Most Legends characters can be purchased within game currency, Marks of Legends, but some are available exclusively in the marketplace for free-to-play players. DCUO members will be able to purchase all Legends characters in-game.

In addition, DCUO will have a weekly rotation of free characters to play. That means one character from the Legends roster will be made available to all players to use in Legends PvE alerts for free, and that character will change every week. It’s a way to let players try out characters before they buy them, and to get their toes wet with the Legends PvE experience.

The only restrictions put on character selection for an alerts are content based. Meaning, if Nightwing shows up as part of an alert’s story, then Nightwing will be unavailable for selection by players.

There will be new feats and deeds associated with Legends PvE, some general and some event specific. These include a checklist of feats earned for completing an event with characters from various character families - such as from the Batman Family, or the Wonder Woman family, or arcane character – or for completing an event with a certain iconic team-up – such as the Joker and Harley Quinn, Circe and Felix Faust, or Batman and Robin. Player will also receive prestige for each boss defeated and instance completed. 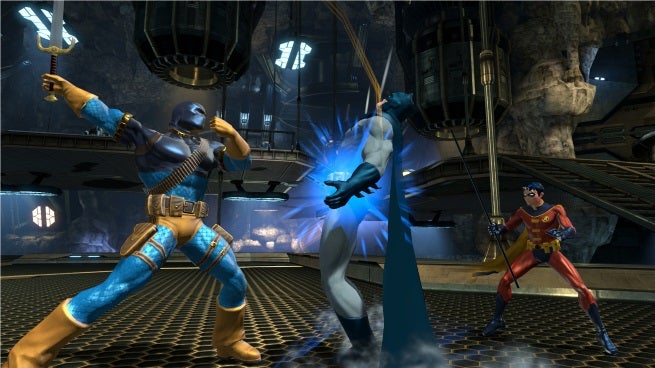 Perfectly timed for this new gameplay is the introduction of the Batman and Green Arrow villain Deathstroke to the legends roster. Deathstroke is one-handed melee character, but uses a variety of weapons – including a sniper rifle, staff, and grenades – for his very combo-focused fighting style. Deathstroke has one and two-handed sword strikes, stealth, acrobatic backflips, and concussive grenades that stun opponents in his versatile bag of tricks. He, along with other legends characters, also has specially voiceover for Legends content.

There were several other tweaks made to the game in GU43, making the update significantly larger than expected. Advanced mechanics have been added to the Ice and Nature power sets, as the game developers continue to make sure that players’ superpowers are as effective as their weapons. The new features make their powers more efficient and put less strain on a group’s controller and smaller groups. 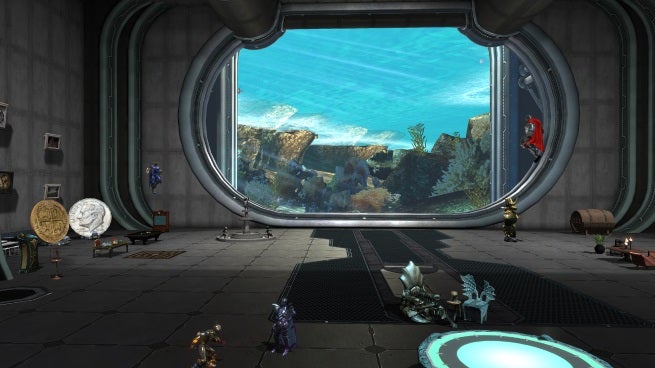 GU43 also introduces a new Underwater League Hall theme. Available free with the update for any League with 25,000 prestige, the new theme allows a league to place their hall in an undersea reef or trench, two very different looking vistas.

Additionally, a players combat rating is now readily displayed with their other stats, in order to help avoid players stumbling into PvE combat while still wearing their PvP gear, and other embarrassing lapses.

Additionally, players now have the ability to rest scenario content for their group members, allowing them to unlock loot for other group members when they have excess – a move the developers know will bring out the philanthropist in some players, and the mercenary in others. Also, arena rewards rules have been updated to institute new participation minimums in order to receive rewards, in order to avoid non-participants standing around just to get some consolation marks.

Seems like this update has a lot going on. Check out all of the Game Update 43 screenshots in the gallery below.