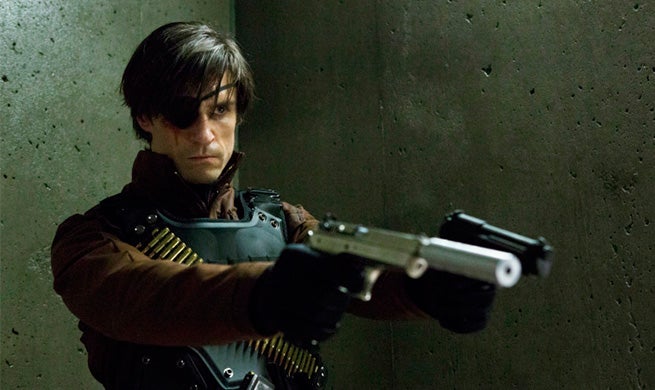 Deadshot, as portrayed by Michael Rowe, has made a few appearances on the CW's Arrow several times so far in it's first three seasons. That's all over now.

On Arrow executive producer Marc Guggenheim's Tumblr account, he responded to a fan who first complimented the casting job on the show then asked if Lyla and Deadshot will become series regulars. His response, however, has many fans up in arms:

First, thanks for the kind words. I agree with you, our casting people — in Los Angeles and Vancouver — are the best.
Unfortunately, Deadshot is off the table for the nonce.

Deadshot is off the table for CW's Arrow. Surely, we're all wondering why the show would have to rid itself of such a popular character. The only answer that comes to mind is the fact what Will Smith will be taking on the role in 2016's Suicide Squad movie. Previously, Michael Rowe has told us that he took the fact that Will Smith is playing the role on the largest scale possible as a compliment, but now he may be having some second thoughts (justifiably so).

Michael Rowe's Deadshot, or Floyd Lawton, was last seen in the "Suicidal Tendencies" episode of Arrow. At least, if this holds true, (spoiler) he was given a heroes death. As everyone fled from an impending time bomb, Floyd covered them and stayed in the building as it exploded. Now, typically on a show like Arrow we keep our guards up and assume no one is dead unless we see a body, but after the news from Guggenheim, it's safe to assume Deadshot has bowed out.

Deadshot Is Officially Off The Table For Arrow