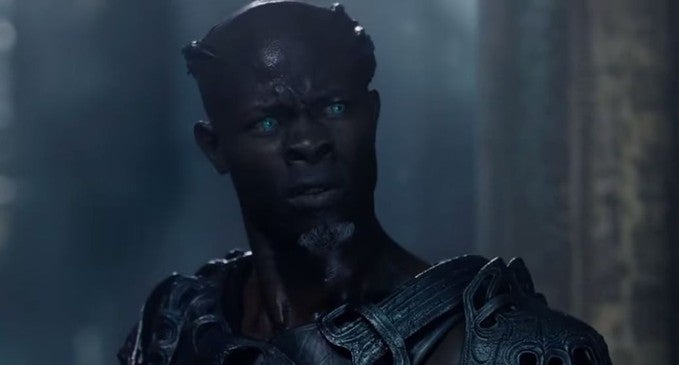 Warner Bros. are reportedly in talks with actor Djimon Hounsou for the role of King Arthur's mentor in the upcoming Knights of the Round Table film.

As Variety reports, Warner Bros. approached Hounsou for the role after plans with actor Idris Elba disintegrated from scheduling interferences. If he takes the role, Hounsou would play a trainer/mentor figure, along the lines of Merlin the wizard, to King Arthur. Hounsou is no stranger to the fantasy genre. He played Korath in this summer's Guardians of the Galaxy, and will have a supporting role in 2016's Tarzan.

King Arthur will be directed by Guy Ritchie, with actor Charlie Hunnam cast as King Arthur and Astrid Berges-Frisbey cast as Guinevere. Jude Law is reportedly in talks to star as the film's villain. According to Variety, Warner Bros. is hopeful that Knights of the Roundtable will kickstart an entirely new franchise, which they hope to develop across six films.