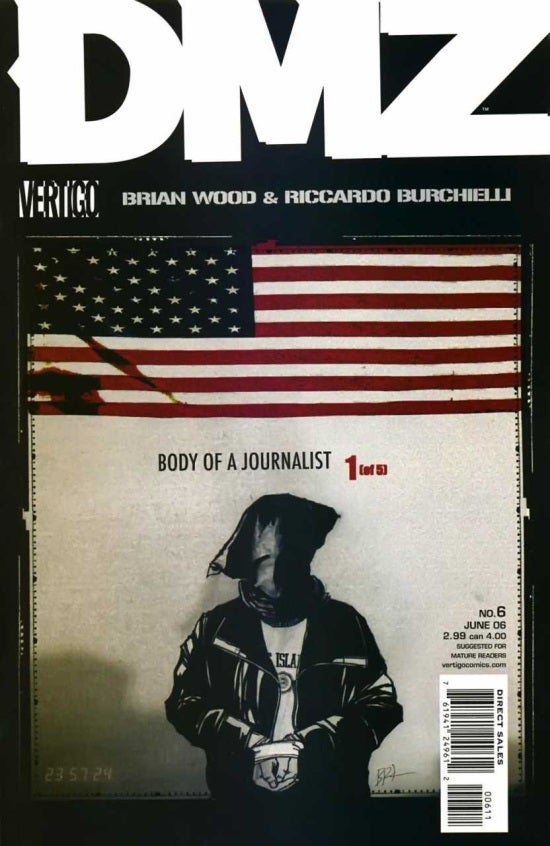 is reporting that a television series based on the Vertigo Comics series DMZ has landed at Syfy. The series is being developed by Andre and Maria Jacquemetton, Executive Producers and writers for the first six seasons of Mad Men, in conjunction with David Heyman, Producer of Gravity. DMZ was created by Brian Wood and Riccardo Burchielli in 2005. The series is set in the near future, where political division at home and the overextension of the military abroad result in a second American Civil War that turns Manhattan into a demilitarized zone. The series follows Matty Roth, a young photojournalist who finds himself stranded in the DMZ, as he tries to navigate the landscape of the war torn city. The series ran for 72 issues, finishing its story in 2012. The television series, now at Syfy, came out of development from Warner Horizon, Slim Chance Productions, and Heyday Films.