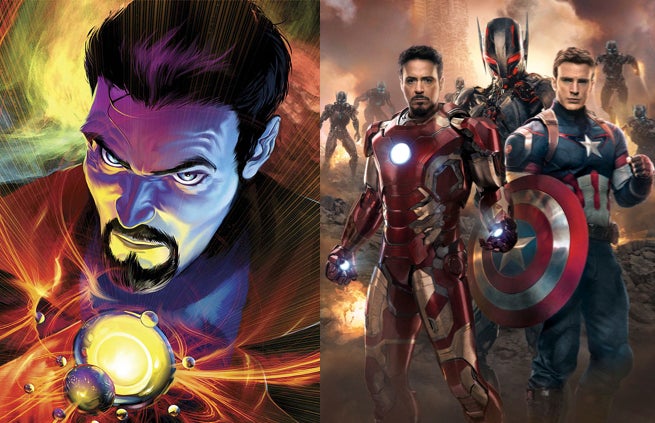 With Benedict Cumberbatch officially cast as Dr. Stephen Strange, many are speculating that the good doctor will appear in the Marvel Cinematic Universe before his self-titled feature in 2016.

A popular rumor currently going through the Internet (via The Inquisitr) is that Cumberbatch’s Dr. Strange will first cameo in next summer’s Avengers: Age of Ultron. The idea stems from the timing of Marvel’s Cumberbatch announcement and the news that the studio is doing reshoots for Age of Ultron in January. Marvel hasn’t revealed what the new shoot will entail, leading many to speculate that it will involve Benedict Cumberbatch.

But don’t expect Dr. Strange to conjure any magic in the Avengers sequel. Many are thinking that only a pre-Sorecer Supreme Stephen Strange will cameo, possibly as a medical aide who would tend to injured civilians during Ultron’s attack. Or, Cumberbatch could debut in a post-credits scene, as Marvel has done in the past. Nick Fury, Thor, Thanos, and Howard the Duck all made their Cinematic Universe entries through a stinger, so it wouldn’t be a stretch to think that Dr. Strange would do the same.

Dr. Strange Rumored To Cameo In Avengers: Age of Ultron