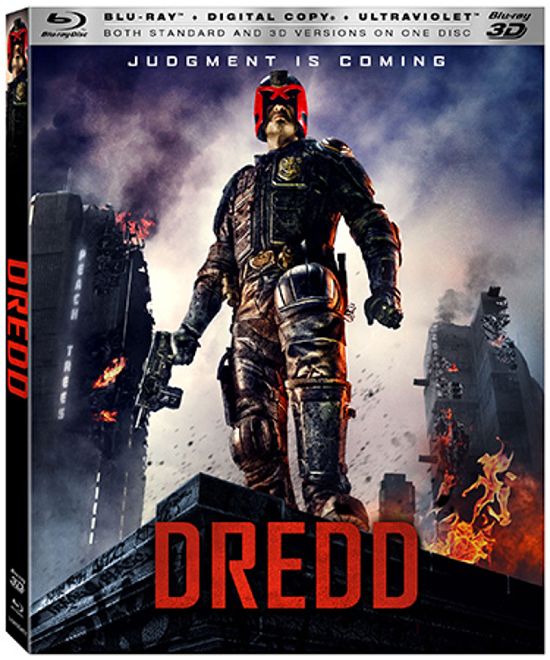 Lionsgate Home Entertainment has just announced that Dredd will be released on 3-D Blu-ray Disc, DVD, Digital Download, On Demand And Pay-Per-View on January 8, 2013. According to Comicbook.com's Russ Burlingame, " If Die Hard and Sin City had an awesome, brilliant, violent baby, this film would be it."  Here is all the relevant information about the release.

The future America is an irradiated wasteland. On its east coast, running from Boston to Washington D.C., lies Mega City One – a vast, violent metropolis where criminals rule the chaotic streets.  The only force of order lies with the urban cops called “Judges” who possess the combined powers of judge, jury and instant executioner.  Known and feared throughout the city, Dredd (Urban) is the ultimate Judge, challenged with ridding the city of its latest scourge, a dangerous drug called “Slo-Mo,” and the sadistic crime boss Ma-Ma (Headey) who is using it to take over the city." 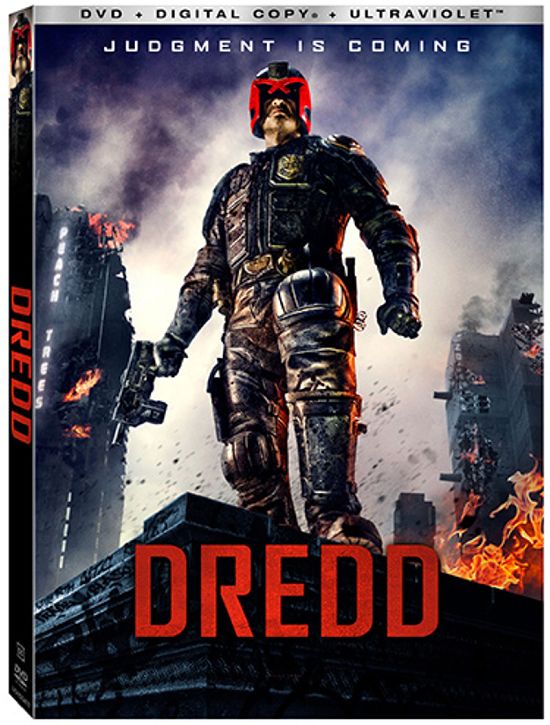