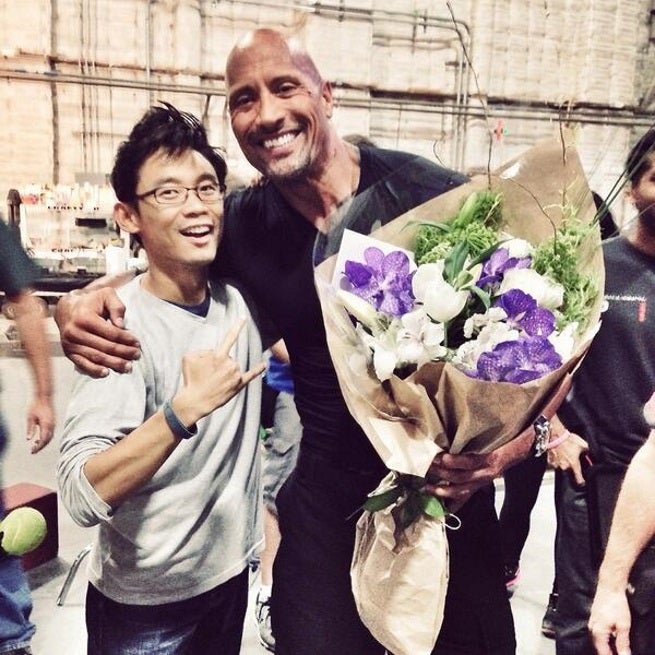 Dwayne “The Rock” Johnson has wrapped up filming on Fast and Furious 7.

The actor posted pictures to Twitter and Instagram, with an earnest message to the crew he worked with on the set.

My last day of FAST & FURIOUS.. I'm truly touched by the farewell love my film crew has shown me. Its been an honor to work with such an incredibly hard working and brilliant crew. (a crew who's had to practice great restraint daily on this production;). They may not be household names, but they'll ALWAYS be stars in my book. With great love and respect to all of you... see ya down the yellow brick road. Another place. Another time. #ThankUForAllYourWork ~ Rock

In Fast and Furious 7, Johnson reprises his role as Luke Hobbs. In the film, Ian Shaw seeks revenge against Dominic Toretto and his crew for the death of his brother.

After a tumultuous filming period and delay caused by the tragic death of star Paul Walker, Fast and Furious 7 will arrive in theaters April 10, 2015.