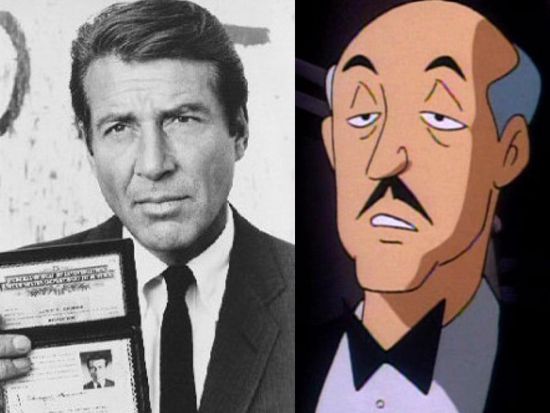 Efrem Zimbalist Jr. had a career in Hollywood, which spanned over sixty years. In the early stages of his career, Zimbalist Jr. was best known for live action roles in such TV series as 77 Sunset Strip and The F.B.I. In the later stages of his career, Zimbalist Jr. was best known for his voice work in animated series involving Batman, Superman, Iron Man and Spider-Man. For many comic book fans, Efrem Zimbalist Jr. will be best remembered as the voice of Bruce Wayne's butler Alfred Pennyworth. Zimbalist Jr. voiced Alfred Pennyworth in Batman: The Animated Series, The Batman Superman Movie: World's Finest, Batman & Mr. Freeze: SubZero, Batman: Mask of the Phantasm, The New Adventures of Batman, Superman, Batman: Vengeance, Static Shock, Batman: Mystery of the Batwoman, and Justice League. According to a statement issued by Zimbalist Jr.'s family, the veteran actor passed away on Friday, May 2, 2014 at his ranch in Solvang, California. Efrem Zimbalist Jr. was born in New York City, New York on November 30, 1918, and he was 95 years old at the time of his death.

Efrem Zimbalist Jr., Voice of Alfred On Batman: The Animated Series, Has Died