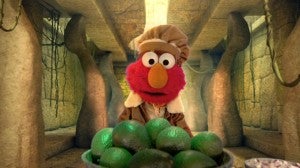 Michael Lapinski, the artist on Archaia Productions's Feeding Ground with writers Swifty Lang and Chris Mangun, has been working in animation for years. With a background working on shows like Blue's Clues and an award-winning comic heading for a Hollywood adaptation, he was arguably the perfect candidate when he stumbled upon Magnetic Dreams, an animation house whose biggest clients were children's television staple Sesame Street and Marvel Comics, whose Thor & Loki: Blood Brothers is just one of a number of motion comics projects.

Once he found his way there, though, he has ended up working on Elmo: The Musical, a much-hyped and ambitious new segment on Sesame Street.

Lapinski spoke with ComicBook.com about the project. 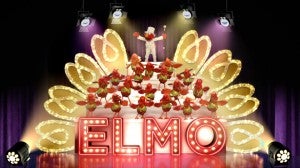 How did you end up working on Elmo: the Musical?

My background is in children's television, working as a digital designer on Blue's Clues and Team Umizoomi for Nickelodeon as well as art direction for a Nick pilot called Chickie Poo and Fluff: Barnyard Detectives. When my wife and I were looking at Nashville as a place to live, I discovered that a local animation studio, Magnetic Dreams, was doing exactly the sort and quality of work I was interested in. Elmo: The Musical was percolating as their next big project. Essentially, we moved from Brooklyn to Nashville to work on Sesame Street. 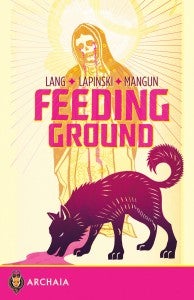 It’s definitely not, well, the same as what you were doing when we met.

Actually, co-creating and illustrating FEEDING GROUND was a complete departure for me, totally 180. We pitched it when I was on hiatus from Team Umizoomi and I had to instantly shed years of pre-k Photoshoppery and take a brush to more realistic horrors. But, when I found Magnetic Dreams, their two biggest clients were Marvel Comics for their motion comics and Sesame Street. The co-owner Mike Halsey and I hit it off immediately and realized I would be a good fit. I didn't even know the scope of the Sesame work until I got here and started with them. Before I knew it, I found myself listed on the Magnetic website and, in practice, as art director developing the look for this new Sesame initiative.

It seems as though what you’re doing is particularly suited for interactive media—the apps and the website and the like—and something that can push the brand beyond just being what’s on TV in the morning.

Absolutely, I do think that it's going in both directions--the Elmo: The Musical concept uses everything Sesame already does so well, the musical numbers and the imaginative set pieces, but I think what they're realizing is that it can exist outside of Sesame the show. They seem to have a larger web presence, not just for marketing but because it's where kids like my nieces and nephew are watching. Aesthetically, this is a fusion of classic Muppets with a fully CG-rendered environment, much of which Magnetic Dreams pioneered with a Sesame Christmas Carol movie. 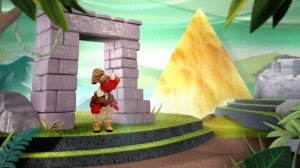 Is working on Elmo the first thing after getting the job a little like going to a convention and landing a Batman job? I mean, he’s the face of the show these days.

This is not my first time working on licensed characters (I was also Color Supervisor on the 4Kids Ninja Turtles series) but I'll tell you what, the two things that influenced me most as a young artist were Jim Henson and Marvel Comics. When the day hit that I kind of recognized that this is what I'm doing, and that I'm able to contribute to Jim Henson's legacy, I felt hot with pride. Jim, I think, created living, breathing characters with the Muppets--they're almost like another species.

Kevin Clash as a performer and as Elmo, now, I didn't grow up on him, but he really lives in that character and does it so well. He's great at improvising and he's earnest and I think that comes through even for adults. I consider Kevin to be one of the people who's taken the baton for a lot of what's creative at Sesame Street. He's crazy talented with an attention to detail and I'm glad to be at his service in terms of supporting his character the best I can. 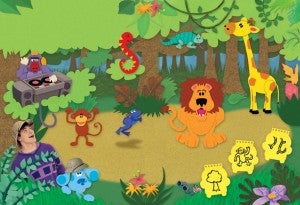 It’s a lot to trust to an outside organization, isn’t it? How close are you guys with the Sesame crew?

My creative director Rickey Boyd is also a Muppeteer who basically brought Nashville animation to Sesame Street, so there's a great synergy there. He's part of their family and he couldn't be more attuned to the needs of a shot at both ends of the camera and production pipeline. Plus, Magnetic Dreams' working relationship with Sesame goes back a few years now, on projects like Twiddlebugs and Super Grover 2.0, and Elmo: The Musical is the next great step forward.

This seems like it’s begging to be taken on the road for a stage show, a la Disney on Ice, during the off-season, doesn’t it?

Hah, I never thought of a live show until you just mentioned it, but I totally see what you’re saying. I'm personally hoping for little episode-themed play sets or a Macy's parade float with kick line chickens.

I can tell you that Sesame is launching this as a way to grow Elmo outside of Elmo's World with a curriculum goal is called STEAM. It's about using the arts to teach science, tech, engineering and math.

What’s the aesthetic difference between what you guys are doing and, say, Elmo’s World?

Like Elmo's World, they shoot all of the Muppet performances on bluescreen and the environments are added in CG. While Elmo's World took it's major look from crayon kid art, the inspiration here is that the audience is in a stage play of Elmo's imagination. The description I set up for my team and myself was an aesthetic that reflected Elmo's recollection of a Broadway show or a local stage production where parents craft the big set pieces and kids paint in the rest. Like, water made from blowing sheets of silk and rocks carved from blocks of foam.

The temptation in CG is to completely trick this out, and some scripts call for more cinematic solutions, but my goal is to always have it look hand-crafted even if it's constructed in the computer. And, my initial ideas are vastly improved upon by a modeling team that builds and lights the assets and the compositing team that adds effects and literally brings it all together. All art needs to service narrative and there's nothing better than working in a studio with other artists who bring their talent and insight to build on what came before them and ladle gravy on a shot.