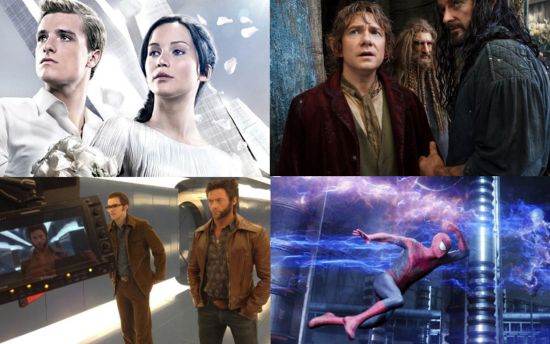 The choices shouldn't be surprising, as franchise movies dominate the top five selections. The Hunger Games: Mockingjay Part 1 was selected as the most-anticipated movie of 2014, and The Hobbit: There and Back Again was selected as the second most-anticipated movie of 2014. The fact that both The Hunger Games and The Hobbit franchises had movies released in the past two months could be skewing the results, as the two franchises are fresh on viewers' minds.

After The Hunger Games and The Hobbit, Fandango users turned to superheroes. Surprisingly, the two Marvel Studios films Captain America: The Winter Soldier and Guardians Of The Galaxy are absent from the list. It's Fox's X-Men: Days of Future Past and Sony Pictures' The Amazing Spider-Man 2 which took the number 3 and 4 spots respectively. Divergent, which is the first move in what will likely become an ongoing franchise, rounded out the top five. Interestingly enough, all five movies fall into the comic book, sci-fi, or fantasy genre, which is popular among geek culture.

Here are the selections in the remaining categories.