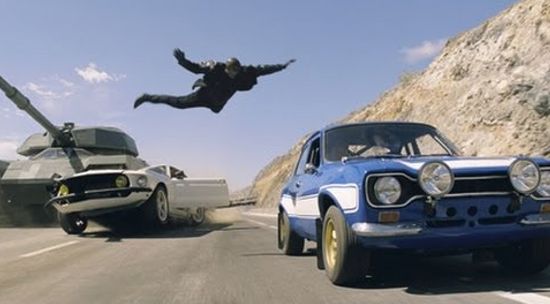 officially went on a production hiatus today so that the studio can figure out how to rework the film to deal with the death of franchise lead Paul Walker.

Universal confirmed rumors, which started the day after Walker's death, that the film would be delayed for retooling but that there was no serious discussion about ending the lucrative franchise, in which Walker starred with Vin Diesel, Dwayne Anderson and upcoming Batman vs. Superman star Gal Godot, among others.

Deadline reports that "It is too early to determine whether the production will recast or rewrite and all options are being considered," but it's difficult to picture anyone else stepping into Walker's role without upsetting fans.

There's no specific timeline for getting the film back on track, but there were reportedly to be two more Fast & Furious movies shot more or less back to back to capitalize on the growing success of the franchise, so it may be that they simply move Fast 8 back and give Fast 7 its production slot.