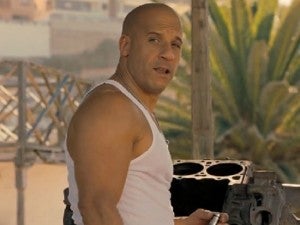 While Fast & Furious 6 isn't set to be released until May 24, 2013, Universal appears to be feeling very confident about it doing well at the box office. Of course Universal has reason to be optimistic, because buzz has been phenomenal for the film ever since the action-packed trailer premiered during the last Super Bowl.

During Universal's presentation at CinemaCon, Vin Diesel made the surprise announcement that Fast & Furious 7 would have a release date of July 11, 2014. Well, it wasn't a complete surprise as another Fast & Furious sequel was pretty much a foregone conclusion, but that the seventh movie of the franchise would be released just over a year after the sixth movie was a surprise.

The July 11 release date means Fast & Furious 7 will be released one week before Bryan Singers X-Men: Days Of Future Past, which is scheduled for a July 18, 2014 release date.