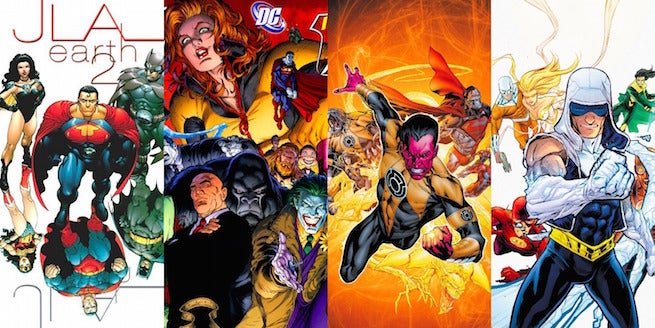 Misery loves company. In this week's episode of The Flash, the infamous Rogues supervillain stable expand its membership with Leonard Snart/Captain Cold's sister, Golden Glider.  After discussing Marvel's greatest evil factions, we thought we'd use "Rogue Time" as an appropriate excuse to discuss DC Comics' nefarious super villains factions. So zip up your parkas and don your yellow power rings as we revisit the baddies who have united against the likes of the Justice League, the Green Lantern Corps and the Flash. 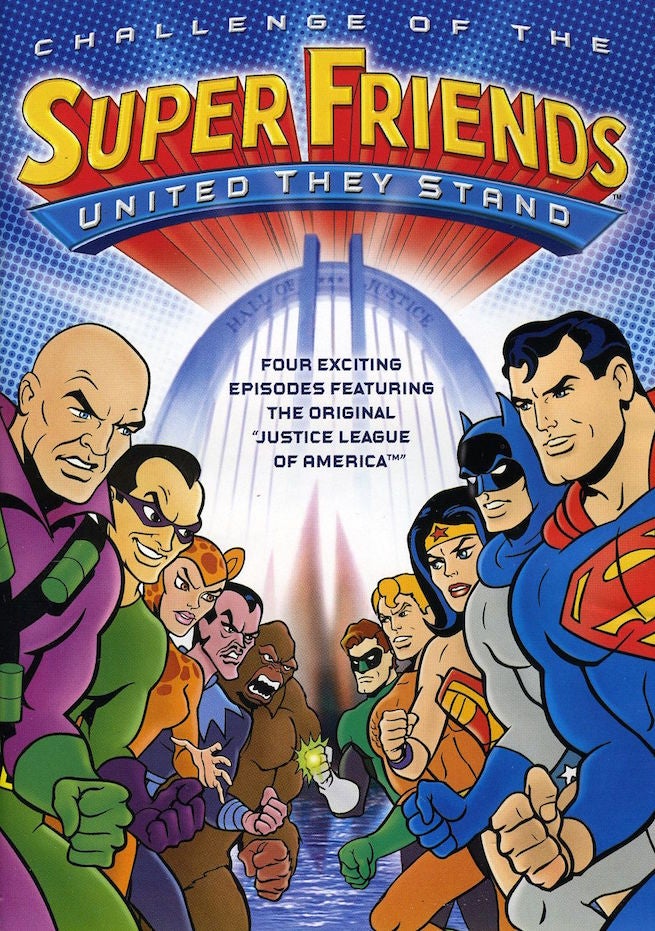 Not strictly a stable from the comics, but they were the chief antagonists in DC's classically kitschy late 70s animated series, Challenge of the Super Friends. With Superman's archrival Lex Luthor in charge, the Legion of Doom featured an illustrious array of A-list supervillains who plotted against the Justice League every week (only to be foiled 30 minutes later). The evil assembly holds a lasting influential to many other groups on this list, and even found their way into print in 2006's Justice miniseries. And the team gets bonus points for its gratuitous use of the word "doom." Where did the Legion of Doom plot against the Justice League? In the Hall of Doom, of course! 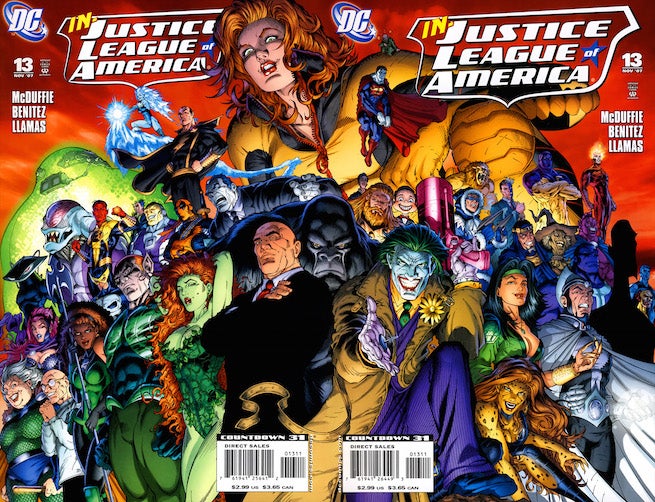 Here's another supervillain cabal born form the question, "Wouldn't it be cool if the Justice League's various nemeses joined together to conquer the world?"

The group's premise stemmed from the Justice League Unlimited animated series, by then-JLA writer Dwayne McDuffie (who also wrote for the television show). With Luthor in charge, and Joker and Cheetah prominently featured, the Injustice League's comic book version initially presents itself as a semi-legit business enterprise. But it was only a matter of time before the group's true motives were revealed – global domination, 'natch.

Sure, it's a hackneyed approach, and the remaining ILU membership was nothing to get too excited about (where's Brainiac, Reverse Flash or Sinestro?), but why nitpick when you have three of the greatest villains of all time collaborating against the Justice League? 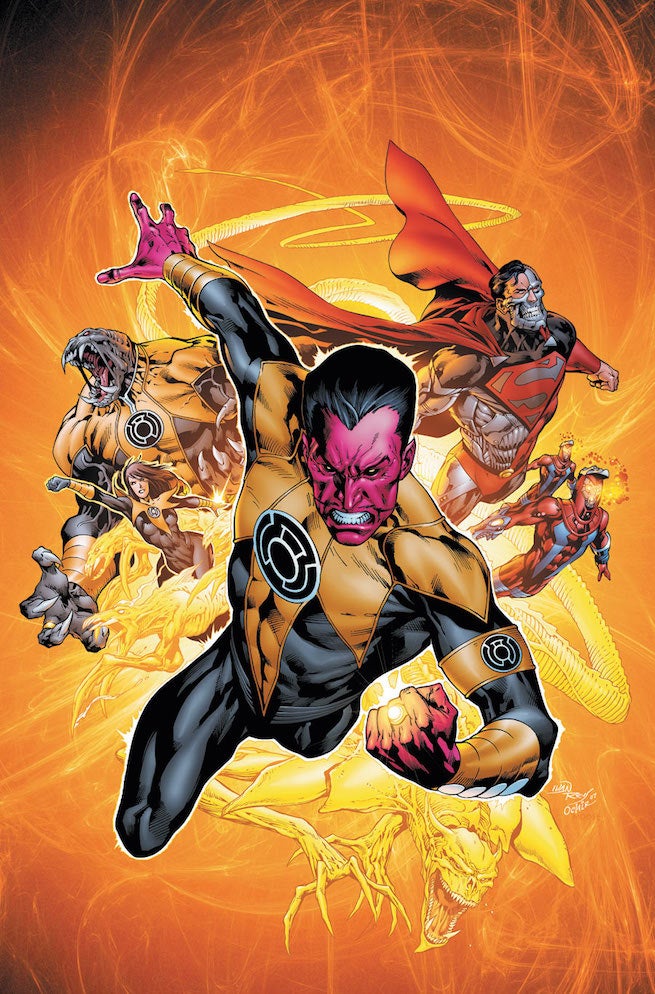 Led by disgraced former Green Lantern (and Jordan's arch rival), Sinestro, the Sinestro Corps. oppose the GLC in every way, using yellow power rings fueled by fear instead of willpower. The group firmly establishes itself as a force of nature during the epic "Sinestro Corps. War" by killing a number of lanterns and infecting Kyle Rayner with parasitic entity of fear, Parallax. The group proves to be the biggest threat to the GLC and the Guardians since Jordan famously went cuckoo for cocoa puffs and became the first Parallax in the 90s. 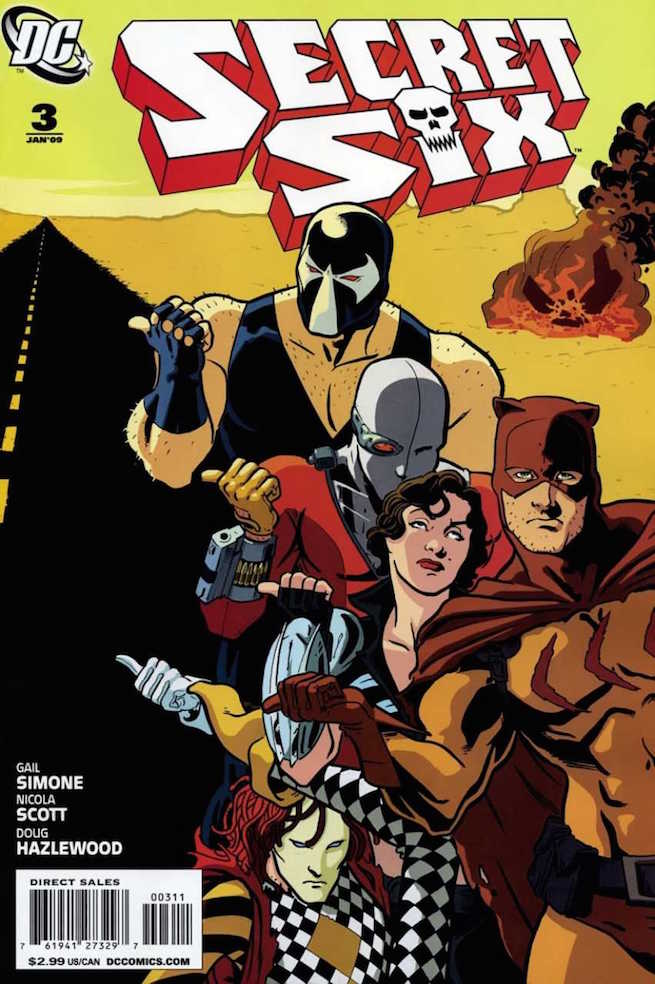 The Secret Six's modern incarnation are a testament to what compelling storytelling and characterization can do for a group of rogues. Originally launched as a one-off tie-in to Infinite Crisis, the group – which mainly consisted of obscure, B-list villains like Catman, Cheshire and Deadshot – developed a cult following under the pen of Gail Simone. Shortly thereafter, the group was tasked to star in their own ongoing series (also penned by Simone).

With the added punch of Batman A-lister Bane, Secret Six was praised for its moral ambiguity and dark humor. These guys are clearly not good people, as they maim and kill in mass quantities. Fortunately, Simone's scripts paint them with enough shades of gray to make them supportable anti-heroes in the vein of Walter White or Tony Soprano.

Demonstrating fandom's inability to quit these lunatics, the Secret Six was updated for the New 52 late last year, again with Simone on scripts. 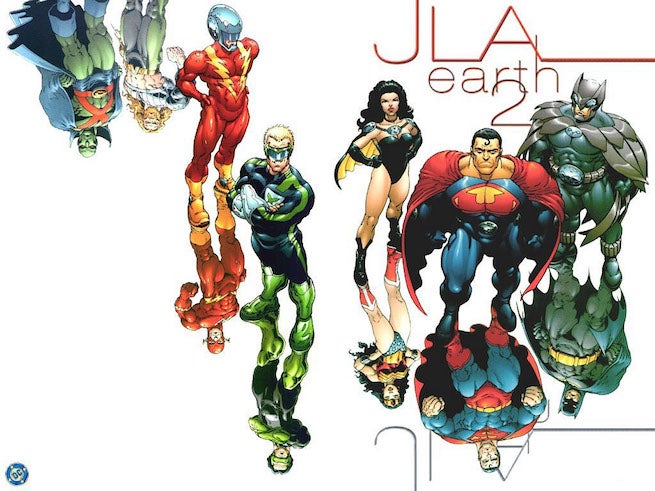 What happens when you take the combined might, speed and cerebral instincts of the famed Justice League and color it with copious amounts of evil? The Crime Syndicate, aka, The Justice League's villainous analogues from another world.

Originally introduced during the Silver Age, the Crime Syndicate received a dramatic makeover in the early 2000s courtesy of Grant Morrison and his JLA: Earth 2 graphic novel. Morrison transformed the Crime Syndicate from a cheesy Silver Age act into a dark and sinister stable with plenty of ambition for world dominations. Who else would blow up an entire planet out of sheer boredom?

The stable was recently featured during DC's crossover event Forever Evil, defeating the Justice League and demanding Earth's surviving supervillains to join them or face severe consequences. You know you're dealing with some truly diabolical bad guys if they unashamedly expect to get DC's esteemed rogue's gallery to fall in line. 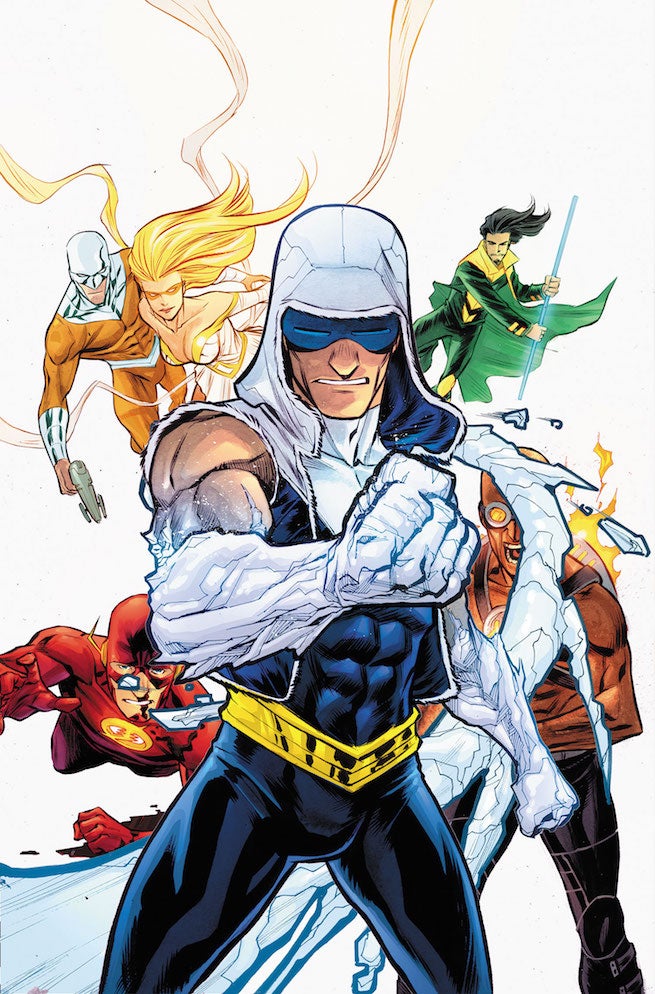 These guys ain't world beaters – but that's precisely what makes them so great. The Rogues represent a blue collar breed of villain that would rather steal bags of money from a Central City bank than steal the Anti-Life Equation and rule the Multiverse. Even the stable's (usual) leader Captain Cold once admitted that the Rogues could have been one of the more dominant forces in the DC Universe if they weren't so focused on small-time petty stuff as part of their long-running cat and mouse game with the Flash.

But it's ultimately the ordinariness of the Rogues that makes them so easy to embrace for readers. Over the years, a number of comic creators – primarily Geoff Johns, a writer and co-creator of CW's The Flash – have used the group's working class backgrounds and origins to great effect, crafting compelling, character-rich stories that paint these so-called bad guys as tragic and sympathetic figures (especially Cold). They are also one of the few supervillains groups with a defined and consistent moral code that abhors murder (unless necessary), and acting on impulses of vengeance or anger.

Even if you ignore all  the rich characterization and relatability, the Rogues are still a colorful crew of crooks with fun and zany powers. They can manipulate weather (Weather Wizard) or using mirrors to create effects like invisibility and holograms (Mirror Master). The villain-of-the-week format of The Flash has only created additional exposure for the stable, further exposing what makes them so much fun to root against.