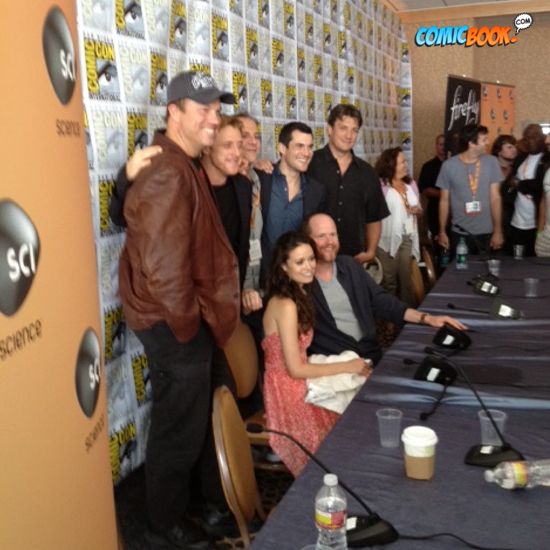 In a new interview with Entertainment Weekly, American Horror Story producer Tim Minear talked about whether he'd like to see more Firefly (another show he worked on), and what form it might take should it ever come back to air. Along the way, though, he made an offhand remark that flies in the face of the conventional wisdom that Firefly "didn't do that badly," was the victim of a poor time slot and suffered the wrath of a gunshy network that didn't know what to make of it. "The fact that it was even a feature film after it spectacularly failed on Fox was a miracle," Minear said, acknowledging that while he'd love to bring the band back together, it might be nearly impossible to do given their many and various commitments (Nathan Fillion appears on ABC's Castle and is exclusive to that network, for instance, while Summer Glau is currently appearing on Arrow). Asked what form a revival might take, if he could find a way to shepherd one to the screen, Minear joked, "I'm completely talking off the top of my head, but there's a show that's been on for the last couple years that's reinvented the form in terms of the limited series. I'm trying to think of the name of that show — Oh yes!American Horror Story!" He followed up, "It doesn't have to be 13 episodes. Look how Sherlock does it." In terms of spreading around the liability (and the potential for profit), something that Fox would likely hope to do given the fact that Serenity wasn't exactly a massive profit-center when it came to theaters either, Minear added, "I think a limited series of some kind would work best. Something like that could also work if, say, 20th could partner with Netflix, or another distributor. It would have its home on Fox, of course [then a second window on streaming]. A limited series would do very well, I bet."